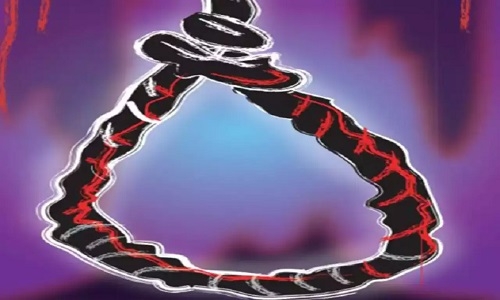 After being reprimanded by his father, a young man hangs himself from a mobile phone tower

Angered by his father’s reprimands, a 21-year-old hanged himself from a mobile phone tower in the Gandhi Nagar district of the state capital. Police found no suicide note during the search, however, the preliminary investigation revealed that the father had reprimanded him on a question. He probably committed suicide because of it. The police are investigating the case. SHO by Gandhi Nagar Arun Sharma told ‘The Hitavada’ that Vishnu Gujarati (21) is the son of Ramlal Gujarati, who lives in Sector 3 of Gondarmau. He works in a private company. On Wednesday evening, the father had scolded Vishnu about something when he returned home. After that, he fell asleep quietly in his room. When he woke up early Thursday morning, his father scolded him again. When asked, he told his father he was going to the bathroom. Saying this, he left the house. After some time, neighbors found his body hanging from the mobile phone tower installed on the vacant BDA lot near the house. Vishnu had hung himself from the tower after climbing to a height of about 10 feet. Upon receiving the information, the police attended the scene, took down the body and sent it for autopsy. Police found no suicide note in this case. During preliminary questioning, the police learned that the father had reprimanded Vishnu over an issue.

Body of Unidentified Youth Found: On the other hand, the body of a youth was found near Patti Bazar in Kevade Wale Bagh under Talaiya Police Station. Local resident Rais Khan had informed the police after seeing the youngster’s body on Thursday afternoon. When searching the body, the police found nothing that could identify the deceased. In addition to sending the photo of the deceased to all police stations for identification, the police also posted it on the Internet.