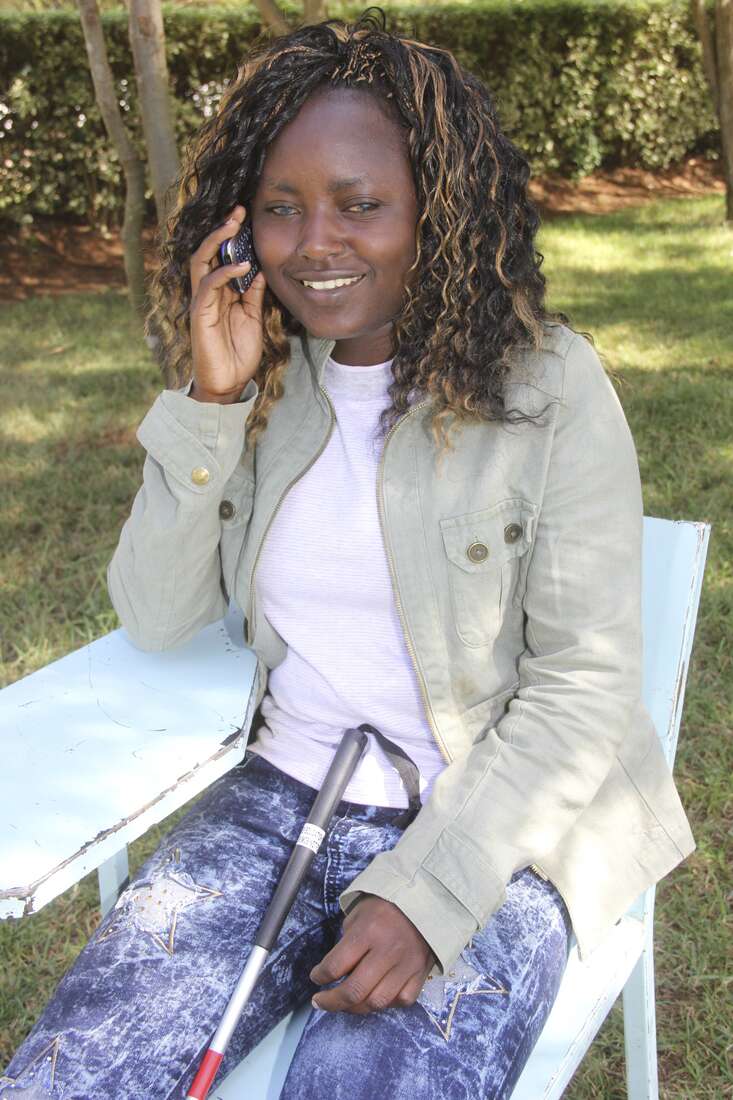 Increased access to disability-friendly technology has seen the number of Kenyans living with some forms of blindness using mobile phones grow faster than those with speech, hearing and cognitive difficulties.

More than half of people living with visual impairments used mobile phones more than those with communication and cognitive disabilities, according to data from the Kenya National Bureau of Statistics report titled “Analytical Report on Information Authority and communications”.

The highest ownership of mobile devices was by people with visual difficulties (various forms of blindness) at 57.1%, followed by those with walking difficulties at 54.6%.

The report also shows that mobile phone usage by Kenyans with communication difficulties is normally limited to text-based usage, which explains the low usage at 13.4%.

“Mobile phone adoption by people with disabilities is key to ensuring inclusion for all and in the spirit of leaving no one behind,” the KNBS said in the report.

The data highlights the use of information and communication technology (ICT) by people with disabilities (PD) aged five and over.

READ ALSO: How mobile for development has changed lives over the past decade

There are different types of vision impairment, including loss of central vision, loss of peripheral (side) vision, blurred vision, blurring, extreme sensitivity to light, and night blindness.

“As the technology spreads to all parts of the country, digital transformation must be driven out so that everyone can use and access ICT,” reads the KNBS report.

Assistive technologies are no longer an expensive afterthought, but an integral part of product design as manufacturers strive for diversity and inclusion.

“Samsung has overcome discriminatory trends in the technology industry. Physical or cognitive impairments are not a barrier for any user when interacting with our products,” he says.

Samsung phones have some features to help people with disabilities easily use their products.

“The main areas that have helped visually impaired people are the screen reader and the visibility enhancement feature found in Samsung devices. Google Assistant and Samsung Bixby, users can interact with the devices through voice command and the device can deliver,” Mr. Kimari said.

“There are several features that are designed to help users with different visually impaired conditions and also to make on-screen interaction friendly and less burdensome,” he said.

“It helps reduce eye strain when using the phone in a dark environment or for a long time,” Kimari added.

Built-in accessibility features also help people with special needs access the phone’s menu and various features. They can explore and interact with the world through touch and sound.

Other features include color inversion, color filters, and magnifier widgets.

“The Magnifier widget includes features like digital zoom, color options, and capturing using the camera. You can add a magnifying glass widget on the widget screen,” the Samsung official said. Electronics.

The majority of people with disabilities did not have access to technological products, which prevented them from working or socializing with family and friends.

For many people with disabilities, the Internet has enabled them to circumvent what once separated them: inaccessible transport, a lack of appropriate care, pain and fatigue. In the new era of working from home, some are now able to work from the comfort of their homes with different technological devices.

The number of job seekers affected by disability is likely to increase as technology becomes essential to improving recruitment and retention rates.

Understanding the mobile disability gap presents an assessment of the barriers to mobile phone ownership faced by people with disabilities, as well as the usage patterns of four main mobile services (voice, SMS, mobile internet and mobile money) and the role of mobile phones in enabling access to basic services, such as education, health care, transport, employment and financial services.

While there is growing recognition that mobile technology has the potential to deliver services to people in need, knowledge about what companies are doing to promote inclusivity, especially for consumers, is limited.

People with hearing difficulties can use phones with advanced features designed to make interacting with the screen user-friendly and less tiring.

Users have the option to mute all sounds and enable other features such as live transcription and sound notifications.

“The function detects the spoken language among more than 70 languages ​​and dialects. Caption support adjusts as you talk. The sound notification alerts you based on surrounding sound,” Kimari said.

“This feature will allow you to be aware of important situations at home, such as a fire alarm or doorbell ringing, so you can react quickly.”

Others include live captions, boosted ambient sounds, and left and right sound balance.

The United Nations Sustainable Development Goals aim to reduce inequalities and ensure that no one is left behind when it comes to policy, education, and social and economic issues.

A joint World Report on Disability, produced by the World Health Organization (WHO) and the World Bank, suggests that more than one billion people in the world today have a disability.

More than one in four households has someone who identifies with one of the six disabilities. They make up a significant portion of the consumer population, yet they are underrepresented in innovation and marketing strategies designed to reach and retain consumers.

Companies are becoming aware of the purchasing power of people with disabilities and their families.

A Nielsen report dubbed “Uncommon Consumer Sense” indicates that consumers with disabilities are higher spenders in many categories, even though they tend to have lower incomes.

Telecommunications companies are rethinking how best to tap into and reach these widespread and diverse consumers with disabilities.

Oppo, a mobile telecommunications company, said it has a series of custom accessibility features in its gadgets.

The TalkBack feature is used to assist blind and visually impaired users by speaking actions aloud when items are touched, selected, or activated.

“When TalkBack is enabled, users can use the voice guide feature to read what’s on the screen and move on to the next step without having to look at the screen,” Oppo said in a statement.

Mobile phone service was again cut in some communes, including Monywa in the Sagaing region