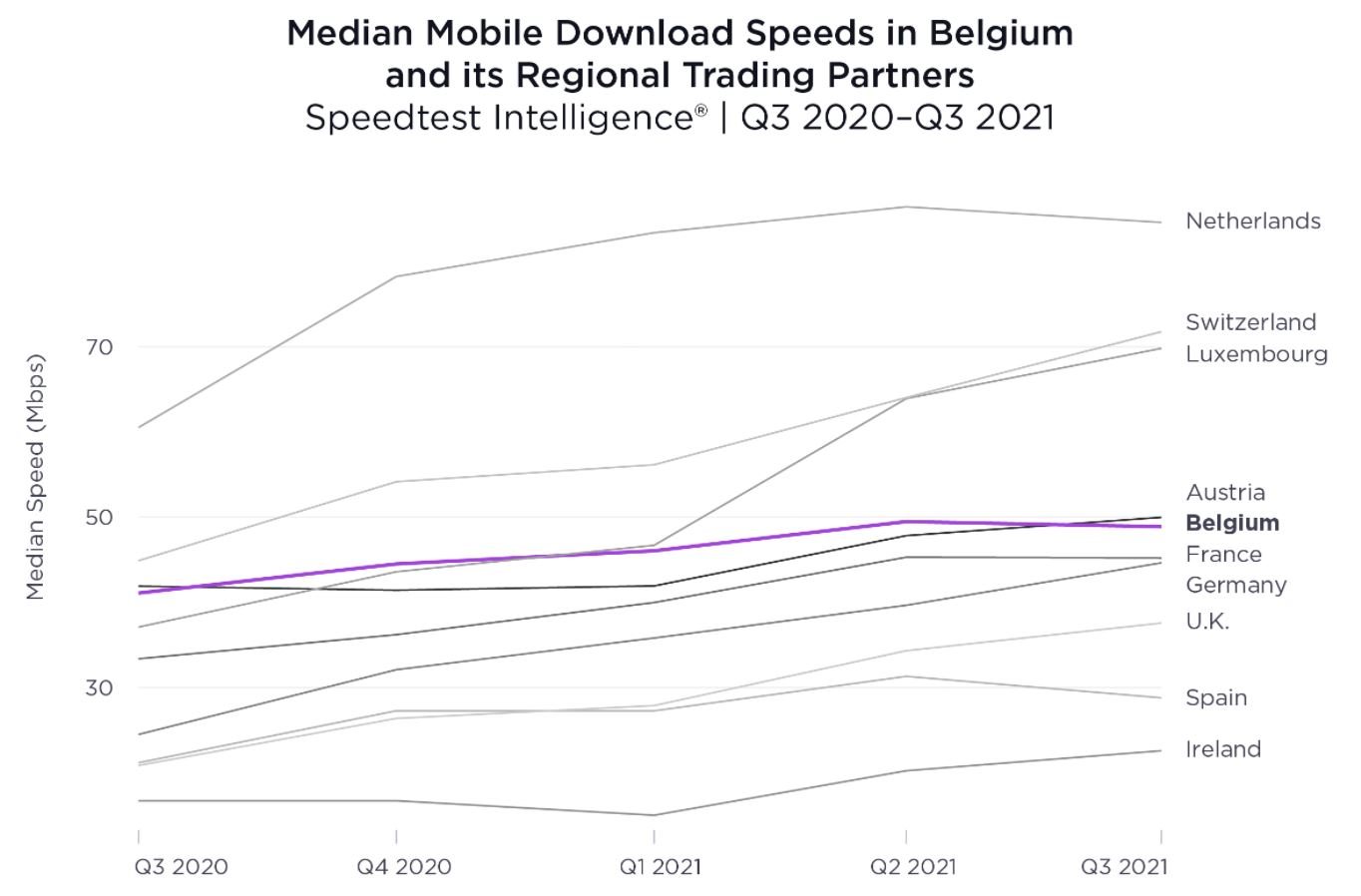 The Netherlands and Luxembourg are alone in the lead, while France and Germany are getting strangely close. In Belgium, Telenet offers the fastest fixed and mobile Internet.

Ookla, a popular online tool for testing your internet speed, published results from Belgian telecom providers. He took a closer look at fixed and mobile internet and compared it to other European countries. Result: we are not doing badly, but most of our neighbors are doing better.

For the average internet speed of our fixed internet we need Switzerland (104.58 Mbps), Spain (101.10 Mbps), the Netherlands (92.20 Mbps), Luxembourg (89, 27 Mbps) and France (75.47 Mbps) so that we can be tolerant. Remarkably, the speed has increased significantly this year, unlike most other countries. France was still behind us in the second quarter of 2021, but they have now made little progress.

In terms of mobile internet, we are doing a little better overall. The Netherlands (84.59 Mbps) comfortably occupies the first place, followed by Switzerland (71.76 Mbps), Luxembourg (69.81 Mbps) and Austria (49.98 Mbps). Belgium comes fifth with a speed of 48.88 Mbps, slightly behind France and Germany.

The Ookla figures also provide insight into how our domestic telecom service providers are rated and, therefore, who is most responsible for the disappointing performance. In terms of mobile Internet speeds, Orange is the main culprit with an average download speed of 39.09 Mbps. BASE (owned by Telenet) is just above 56.83 Mbps, followed by Telenet (56.73 Mbps) and Proximus (53.38 Mbps).

When looking at fixed internet, Telenet (124.89 Mbps) is alone while Proximus (43.45 Mbps) and Scarlet (35.34 Mbps) pull the average down. Proximus, which recently acquired Scarlet, is trying to catch up by replacing its old, slow national DSL technology with optical fiber. With, among others, Fiberclar, Flanders wants to provide a large extent of optical fiber over the next seven years.

Ookla also studies the differences between Flanders, Wallonia and Brussels. Here, we see that Wallonia is significantly less efficient for fixed and mobile internet.

Which Flemish province has the highest score?

If we zoom in specifically on Flanders, Flemish Brabant (57.47 Mbps) gives the best results in terms of mobile internet. Antwerp is closely followed by 57.30 Mbps, followed by West Flanders (54.95 Mbps) and East Flanders (52.19 Mbps). Limburg is the only province which has not reached the 50 Mbps mark.