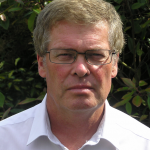 Independent Councilor Peter Atkinson has blasted a mobile phone company for the widespread poor signal and lack of network coverage in the Mile Oak part of North Portslade.

Councilor Atkinson, who represents North Portslade on Brighton and Hove City Council, spoke in response to complaints from people living in his area.

He asks for assurances that the service will be fully restored as a matter of urgency.

Mile Oak’s O2 network is also “backed” by other service providers, so the problem goes much deeper than just affecting O2 customers.

Councilor Atkinson said this had been a major problem in Mile Oak for many months, with confusing text messages and emails from service providers giving different delays and reasons for poor service.

He said: “Residents receive appalling service – and in some cases no service at all. Many people are now working part-time from home after the pandemic and need a fully functioning mobile network.

“There are also people who run businesses from home and for whom internet access is crucial.

“Furthermore, many residents have given up their landlines and are now completely dependent on the mobile network, which is sometimes impossible for some people to use.”

Councilor Atkinson said he had been contacted by a large number of residents and when he gave an update to voters on Facebook he received several more responses.

He contacted Labor MP for MP Peter Kyle and asked that he and his office use their influence and contacts to get this service fully operational.

He added: “This is simply unacceptable. The residents of Mile Oak deserve better.

O2 said coverage should be good indoors and outdoors, including mobile phone calls and broadband, although Mile Oak does not yet have 5G.