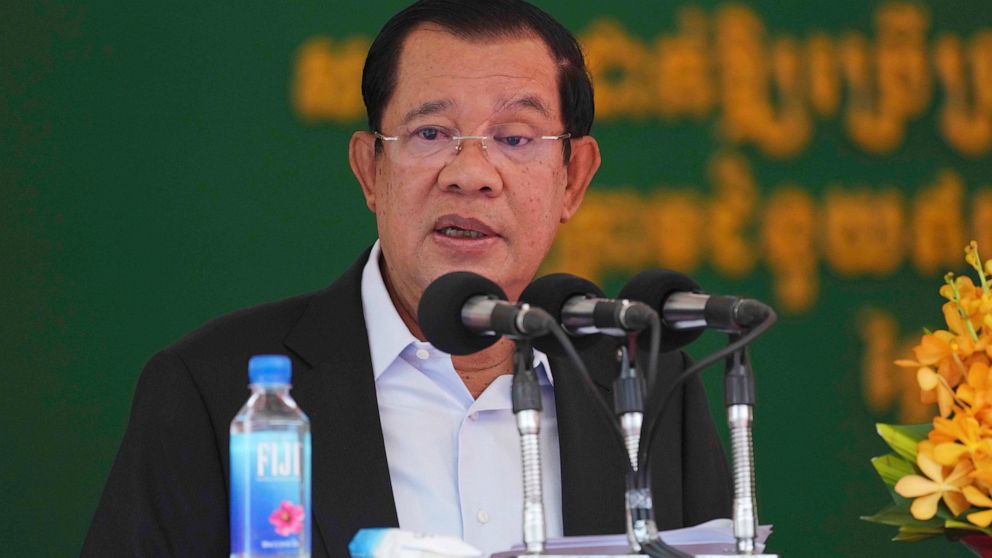 Cambodia’s long-serving Prime Minister Hun Sen has said he will not appoint anyone as provincial governor who is unfamiliar with the use of social media and smartphones.

PHNOM PENH, Cambodia — Cambodia’s long-serving Prime Minister Hun Sen said on Monday he would not appoint anyone as provincial governor who is unfamiliar with the use of social media and smartphones.

Hun Sen, an avid Facebook user, told a hospital inauguration in the capital Phnom Penh that officials need to be able to use apps such as WhatsApp, Viber, LINE, Telegram, WeChat and Zoom to do their job effectively. , such as organizing online meetings.

Hun Sen said recently that he created groups on WhatsApp and Telegram so he could use his phone to coordinate with various ministries.

Hun Sen, 69, has ruled Cambodia since becoming prime minister in 1985, when what evolved into the internet was still in its infancy and generally only available to academic institutions .

Hun Sen also urged members of his cabinet, some of whom also entered government service more than three decades ago, to ensure they were adept at using smartphones and their apps.

Hun Sen posts comments and photos on his Facebook page almost daily, and also frequently uses the platform to broadcast his speeches and other current events on Facebook Live.

His page also allows people to send complaints about their dealings with the authorities.

Hun Sen and Sam Rainsy, the country’s main opposition leader, have clashed in the past over who could attract the most Facebook followers.

Hun Sen’s page currently has 13 million followers, while that of Sam Rainsy, who has been in exile since 2015 to avoid criminal charges he says are politically motivated, has 5 million.

Hun Sen’s critics, however, have accused him of increasing his subscriber base by buying them in bulk from shady operations that provide such services. Hun Sen denied the allegation.