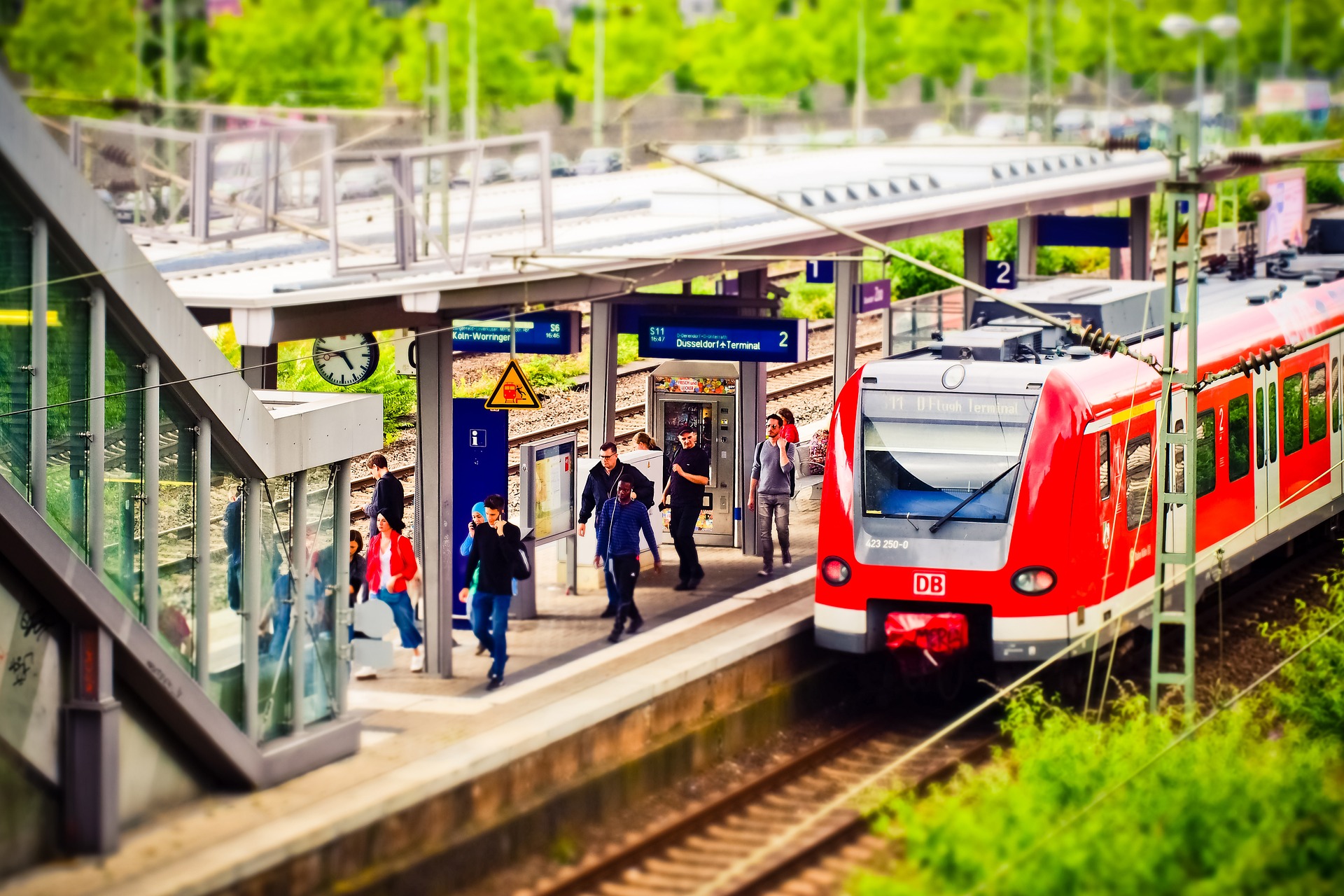 Being able to enjoy a good internet connection while traveling by train is not so common. Working on a laptop or watching the latest episode of our favorite TV show while commuting is often not very comfortable. Although current trains use repeaters, car window coverings interfere with wireless communication. that’s why bare glass developed a laser treatment to make installed train windows permeable to mobile phone signals.

The solution kills two birds with one stone. On the one hand, it saves railway companies from having to switch to better repeaters as soon as a new communication standard comes into effect. On the other hand, it does not affect the thermal insulation of the wagons. As long as the system works on already installed windows, there is no need to modify them.

After a first test, the company received its validation from Swisscom – Switzerland’s leading communications company – which rated the signal performance positively.

“The signal you receive indoors is the same as the one outdoors. It’s a little different because of the glass, but you can’t get rid of it,” jokes Luc Luc Burnier, CEO and founder of nu glass.

Additionally, the technology can also be used with current glass production. Thus, the trains of the future will benefit from the technology from day one.

One laser does it all

The portable system works directly on the glass, a laser then engraves ultra-fine lines – less than 25 microns – which allow the wavelengths to pass. The glass is processed in about 15 minutes. There is no need to dismantle the window, the device works directly on the window panes, as the laser can also be focused on curved surfaces.

“At first, I started drawing lines in glass using nothing more than a ruler. If you want to draw ultra-thin, high-resolution lines, laser technology is the perfect option,” says Burnier .

The idea of ​​this type of treatment was born from another type of research. Nine years ago, Burnier was part of a team at Federal Institute of Technology in Lausanne – EPFL – which worked on improving the insulation of trains.

Burnier: “Heating and cooling systems represent a third of the energy used in trains. This is why we have designed a glazing concept that would double the level of insulation performance. Despite this, the rail partner we used to work with suggested that our glazing was not letting through cell phone signals. Together with Dr. Andreas Schueler – a physicist and my boss at the time – we thought of a way to let the waves pass. And that’s when I started drawing lines on glass.

So simple, so effective

The principle behind the idea is so simple yet very effective that it was surprising no one else came up with it. “The Electromagnetism book features frequency-selective surfaces in the very first pages. It’s so fundamental that it wasn’t so easy to think about it,” adds the engineer.

The metallic layers reflect the electromagnetic waves. To let them through, the conductivity of the coating must be interrupted. To be able to filter them, the space between the gaps must be 10 or 20 times smaller than the wavelength you want to be able to pass through. Therefore, a grid must be sketched on the coating that lets the frequencies pass. And that’s exactly what Burnier developed.

“When you trace this grid, you can’t remove too much of the coating, otherwise the level of insulation performance will decrease,” says Burnier. “It was about finding a balance between letting the frequencies through and keeping the isolation properties unchanged.”

Also read: ‘Fiber in the air’ will help European railways get wireless switches and signals

In addition to preserving the insulation of a wagon, the elimination of signal amplifiers in trains is another crucial aspect of the solution provided by nu glass’. As society moves towards 5G connections, signal repeaters in trains will need to be upgraded.

“A single repeater costs around €50,000 and will probably need to be replaced with a better one in a few years. Also, it is not easy to provide hundreds of people with a fast internet connection while the train is moving, as it keeps connecting from mobile to mobile. It’s really sensitive electronics,” says Burnier.

In the event of a fault, specialized technicians must check the signal amplifiers. Over a period of five years, this type of maintenance – and the cost of the signal booster – amounts to around 100 million euros for a country as large as Switzerland.

As an EPFL spin-off, nu glass is raising funds to further develop its system. “Some investors have shown interest in our technology. We are looking forward to building the company, signing our first contracts and expanding across Europe,” says Burnier. The company now has 4 members in its team, but plans to hire more by the end of 2022.

A second pilot test will take place in April, as nu glass will test its laser treatment on another type of train. In addition to the partnership with the Swiss Federal Railways – SBB – other railway companies across Europe are also ready to test the system.

While mobile network infrastructure is expected to continue to improve in the coming years, network connectivity in trains will invariably benefit as well. A laser-drawn grid covers us.