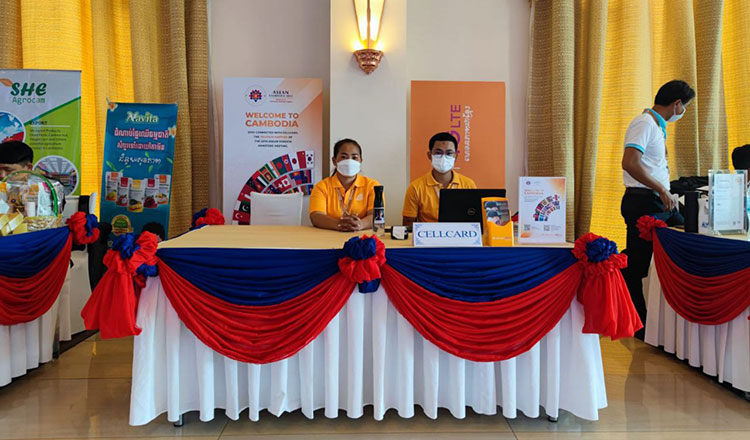 Cellcard has been selected as the telecommunications partner of the Ministry of Foreign Affairs and International Cooperation for the 55th ASEAN Ministerial Meeting (55th AMM) and related meetings in the Kingdom’s capital, Phnom Penh.

Simon Perkins, CEO of Cellcard, said: “As one of Cambodia’s leading telecommunications operators, we are honored to serve the Ministry of Foreign Affairs and International Cooperation as it takes on the important responsibility as Chairman of ASEAN this year.

“Cellcard provides communication support to promote the event and provides delegations with free SIM cards and free internet packages for seamless and reliable connectivity throughout their stay. We thank the Ministry of Foreign Affairs and International Cooperation for trusting Cellcard to be the official telecom partner for such an important event.

Cambodia is currently hosting delegations from 39 countries for a series of meetings at the Sokha Hotel Phnom Penh.

The official opening of the AMM tomorrow August 3 will be presided over by Prime Minister Hun Sen. ASEAN Foreign Ministers and ASEAN Secretary General Lim Jock Hoi are due to attend the signing of the instruments of accession to the Treaty of Amity and Cooperation in Southeast Asia tomorrow (August 3). TAC) by Denmark, Greece, the Netherlands, Oman, Qatar and the United Arab Emirates (UAE).

Three separate tripartite meetings between Cambodia, the ASEAN Secretariat and three ASEAN Dialogue Partners are also on the agenda. They will meet Norway and Turkey tomorrow August 3 and Switzerland on Thursday August 4.

Mobile phone accessories market expected to bring in $157.3 billion by