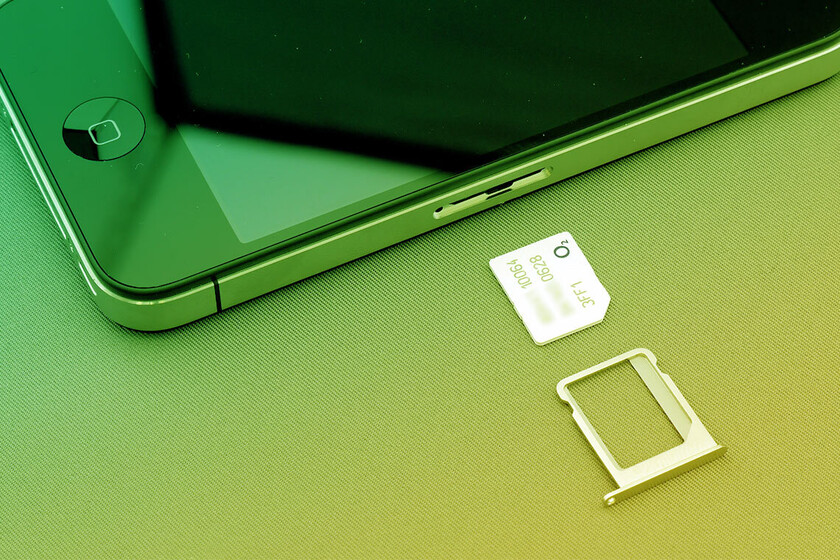 The advantage of having a SIM card in your mobile is that you can make and receive calls and also have a data connection anywhere. Without a SIM card, you can’t get the full game of a smartphone, but there’s still many things you can do with a mobile without a SIM card. We tell you some of them.

any phone, with or without SIM card, it is an emergency phone with which you can contact the emergency number for your area, which is normally 112. Indeed, this telephone number works on all telephone networks, with exhausted balances on prepaid cards, on blocked terminals in the event of loss or theft and, yes, also on mobiles without a SIM card.

Thereby, in case of emergency you can use any mobile you have at home to call 112, even if you don’t have a SIM card and as long as there is mobile network coverage. However, in some cases it will be possible to make the emergency call also without coverage, but with Wi-Fi, as long as the mobile and the network support VoWiFi.

Use it as a flashlight, clock, FM radio… It’s a good time to remember that on our mobiles we use many apps and games that don’t even need internet connectiontherefore we can use them without problems on a mobile phone without a SIM card and that does not even have Wi-Fi.

The list of possibilities is as endless as the applications available in the app stores, but some classic ideas are to be used as a flashlight, stopwatch or FM radio. This last example as long as the terminal includes the function (and its corresponding minijack), which is not entirely common today. You also don’t need a SIM card, Wi-Fi connection or anything like that to take pictures with your mobile. If you have an old mobile that takes good photos, nothing is stopping you. continue to use it as a compact camerawith the advantage of also being able to edit the photos and then share them on your main mobile or upload them to social networks when you connect it to a Wi-Fi network.

For example, if you’re going to be taking a lot of photos, you might be interested in using a secondary rover to take the bursts, and then send you only a selection of photos on your main mobile, by Wi-Fi Direct, Bluetooth, NFC or whatever. Or maybe you can use this mobile without a sim card to take photos in black and white or with some particularity of this mobile, such as a good wide angle, macro mode or any other.

With Wi-Fi, you won’t be isolated

We cannot forget that when we connect a mobile phone without a SIM card to a Wi-Fi network, we will hardly realize that it does not have a SIM card. You will not be able to make or receive traditional calls (except emergency), but of course you will not be left secret: you can make other types of calls, in messaging apps.

Instead of a traditional call, you can make calls and video calls on FaceTime, Google DuoTo encounter, instagramMessenger, WhatsApp and Company. Also, if you need to make traditional calls, you can always count on VOIP applications like Skype, for a small price.

Yes, you can even use WhatsApp WhatsApp is a messaging application closely related to a phone number, so sometimes we think that without a SIM card we cannot use WhatsApp, which is not entirely true. If you have WhatsApp on a mobile and you remove the SIM card, WhatsApp continues to work. At least, until you save this phone number in another mobile.

Moreover, you can also set up a new WhatsApp account and use it seamlessly on a phone without a SIM card (as long as it is connected via Wi-Fi or with a hotspot). the only thing you need is receive the verification code on another mobile that has the SIM cardand insert it in the mobile that does not have it.

Use it as a music player Do you remember the days when the smart gadgets we carried with us in our pocket were for listening to music and not for making calls? When we take out the telephone part of a smartphone, we still have a portable music player, like the good old times. Whether you use it with MP3 or Spotify and other streaming services is up to you.

It is probably more useful if it is a compact mobile and not a small monster that does not fit in your pocket, and it can also influence you. whether it sound good or not and whether it has a headphone jack or not.

Turn it into a portable console We cannot forget that mobiles are more and more more serious gaming platforms And yes, many major games require you to be connected to the internet (and you’ll need to update them), but that’s hardly a deterrent as long as you’re playing games at home and in the gentle embrace of Wi-Fi. , which is normal.

If you’re going to attach a controller accessory like the Razer Kishi or if you’re going to dedicate yourself to Solitaire and Candy Crush, it’s already your decision, but It will be rare for you to miss the SIM if what you are looking for is to play with mobile. In addition, it can be a good idea because in this way you do not waste the battery of your main mobile unnecessarily.

Create your own “Google Home” Google Home and all other smart speakers are basically a network connected speaker and microphone. You can do the same with an old mobile, as long as you keep it charged, connected to the internet and with permanent listening function OkGoogle That is Hi Siri asset.

For example, you can put the mobile on a stand and ask what the weather is like, if you have plans for the day or ask for a taxi. It will do it as well as if you had a Google Home or even better, because in this case you will be able to see visual information on the screen.

The perfect mobile for a child The mobile and the children, a complicated combination. A good initiation to the mobile for a child or a teenager can be a mobile which does not need a SIM card, since you will use it at home (with Wi-Fi) and under supervisionand you don’t need to call anyone, or be called.

There are countless educational apps that can benefit children, not to mention games and any other type of entertainment. It will be time to worry the SIM card when they leave the house.