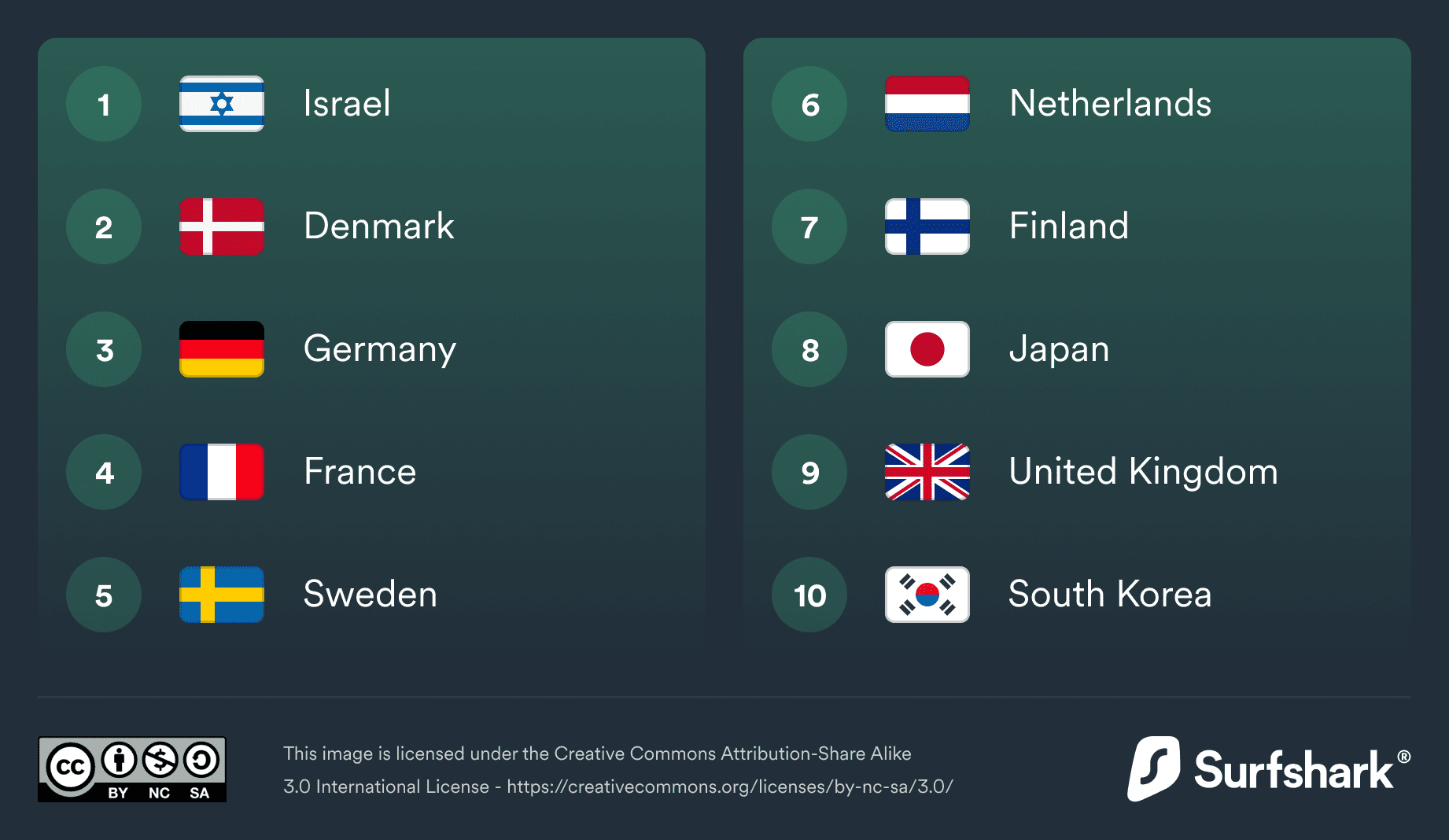 Ghana has the slowest mobile internet in Africa – DQL Index

The fourth annual Digital Quality of Life (DQL) Index reports that Ghana ranks 88th globally in digital wellbeing. That’s out of 117 countries, or 92% of the world’s population.

The DQL study is conducted by cybersecurity firm Surfshark. It rates countries based on five fundamental pillars of digital wellbeing: internet quality, e-government, online infrastructure, internet affordability and online safety. This year, Ghana is at the bottom of the index, ranking 88th and ranking only in the top 90 of the final index. The country ranks 8th in Africa. The country has improved by one position since last year’s edition, rising from 89th to 88th place. Of all the pillars of the index, Ghana’s weakest point is internet accessibility, which needs to improve by 7430% to match the result of the top-ranked country (Israel).

Compared to Nigeria, Ghana’s mobile internet is 48% slower, while broadband is 3 times faster. Since last year, mobile internet speed in Ghana has decreased by 1.5% (0.2 Mbps) and fixed broadband speed has increased by 4.3% (2.2 Mbps). By comparison, Singapore residents enjoyed mobile speeds of up to 104 Mbps and fixed speeds of up to 261 Mbps – the fastest internet in the world this year.

Internet in Ghana is not affordable by world standards, there is a lot of room for improvement

Internet affordability in Ghana ranks 109th in the world. Residents can purchase 1GB of mobile internet in Ghana for as little as 8 minutes 44 seconds of work per month, 42% less than in Nigeria. However, compared to Israel, which has the most affordable mobile internet on the planet (5s for 1GB), Ghanaians work 107 times more. Its accessibility has declined since the previous year, forcing people to work 3 minutes and 19 seconds longer to afford the same mobile Internet service.

Fixed broadband costs Ghanaian citizens about 18 hours and 23 minutes of their valuable working time each month. To afford it, Ghanaians have to work 57 times more than Israeli citizens, for whom the most affordable package costs only 19 minutes of work per month. Since last year, broadband internet has become more affordable in Ghana, resulting in people working 2 hours and 19 minutes less to afford fixed broadband internet service.

The global digital divide is now deeper than ever

Globally, broadband is becoming less affordable every year. Looking at the countries included in last year’s index, people need to work six minutes longer to afford high-speed internet in 2022. In some countries, such as Côte d’Ivoire and Uganda, people work an average of 2 weeks to win the cheapest fixed broadband internet package. The same trend was observed last year. With current inflation, the pressure on low-income households that need the Internet has become even greater. The Surfshark study also found that countries with the weakest internet connection have to work the longest.

“While countries with a good digital quality of life tend to be those in advanced economies, our global study found that money doesn’t always buy digital happiness,” says Gabriele Racaityte-Krasauske, head of public relations at Surfshark. “That’s why, for the fourth consecutive year, we continue to analyze the digital quality of life to see how different nations continue to provide basic digital necessities to their citizens. More importantly, our research aims to show the full picture of the global digital divide suffered by millions of people.

Overall, 7 of the top 10 rated countries are in Europe, which has been the case for three years. Israel ranks first in the 2022 DQL, pushing Denmark into second place after a two-year lead. Germany ranks 3rd, and France and Sweden complete the top 5 of the 117 nations evaluated. DR Congo, Yemen, Ethiopia, Mozambique and Cameroon are the last five countries.

Regionally, the United States stands out in the Americas as a country with the best quality of digital life, while Israel occupies the leading position in Asia. Among African countries, people in South Africa enjoy the best digital quality of life. In Oceania, New Zealand leads the way, surpassing Australia in various digital areas this year.

DQL 2022 research examined over 7.2 billion people across five core pillars and 14 underlying indicators that provide comprehensive measurement. The study is based on open source information from the United Nations, World Bank, Freedom House, International Communications Union and other sources. This year’s study includes seven (6%) more countries than the 2021 DQL, most of which are African countries.

The final Digital Quality of Life 2022 report and an interactive country comparison tool can be found here: https://surfshark.com/dql2022

Surfshark is a set of privacy protection tools developed to help its users control their online presence seamlessly. The Surfshark One suite includes one of the few VPNs audited by independent security experts, an officially certified antivirus, a private search tool and a data leak alert system. In 2021, Surfshark was recognized as the Most Innovative Security Service in the Cybersecurity Excellence Awards and a Must-Have App in TechRadar’s WFH Awards. Visit our research center at: surfshark.com/research