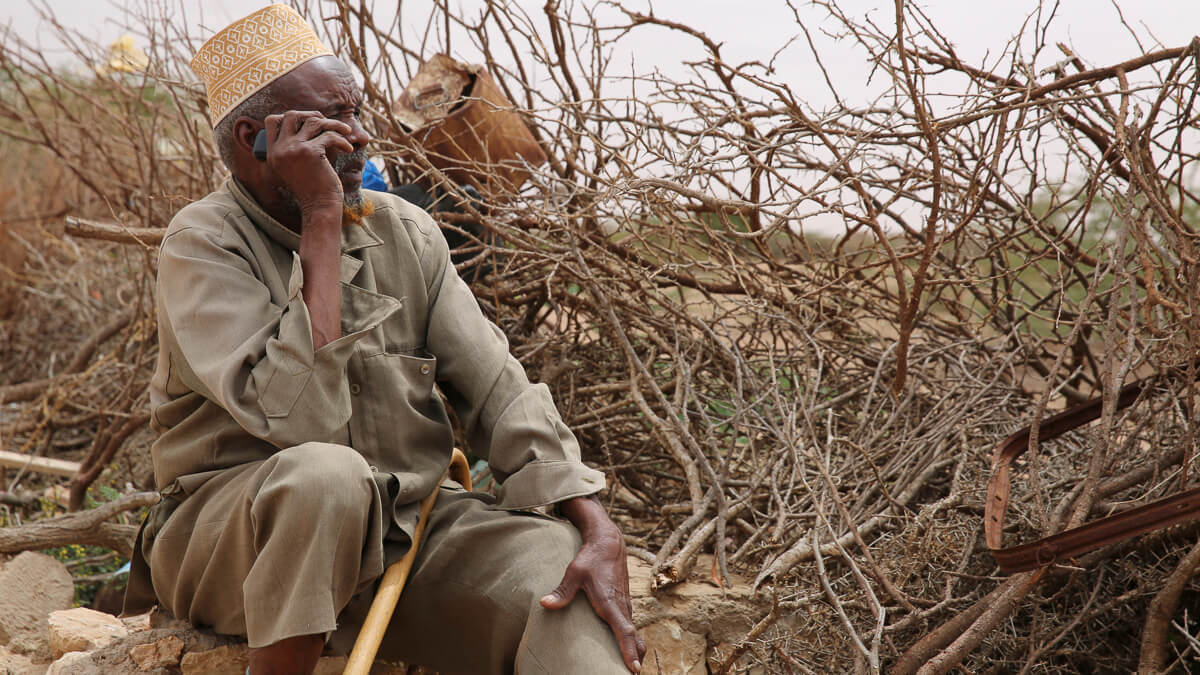 Although 5G is growing, 4G still has plenty of room to develop, according to a report from the GSMA, the industry association representing mobile network operators.

4G adoption won’t peak until 2023, when just under 60% of users globally will use 4G connections. And the growth opportunities for mobile operators also extend beyond these two technologies.

Connected planet: Forget 5G – the strongest growth in new mobile subscribers will occur in remote areas of sub-Saharan Africa (like rural Somaliland, above) and Asia, according to the GSMA.
(Source: Fiona Graham)

“Today, half of the people in the world are online, but that means half are still not online”, noted GSMA Managing Director Mats Granryd during his keynote address at Mobile World Congress.

Developing countries are those where 4G has the most room for growth. 4G has peaked, and in some places has even started to decline, in major 5G markets like China, South Korea, and the United States. China is unlikely to abandon its early lead in 5G. Even by 2025, it will account for almost half of all total 5G connections, or 828 million. By comparison, North America will have 219 million and Europe 236 million.

Meanwhile, more than two in five humans will live within range of a 5G network by the end of 2025. By then, one-fifth of total mobile connections will be 5G.

“Today, half of the people in the world are online, but that means half are still not online.” # DFSsummit21 # MWC21 pic.twitter.com/9oart4Q0LW

The coronavirus has had little impact on the dynamics of the 5G deployment. In some areas, operators have even stepped things up, seeking to increase capacity at a time of increased demand, according to the GSMA analyst report. Kenechi okeleke.

The GSMA publishes the global version of this mobile economy report annually at the Mobile World Congress in Barcelona.

Everyone is on the phone

At the end of last year, 67% of the world’s population had a subscription to some mobile network. That means 5.2 billion people, generating $ 4.4 trillion in global GDP through mobile technologies and services. It also means that it is increasingly difficult to add new subscribers as the markets are saturated. In addition, a difficult financial climate for mobile operators makes them less tempted to invest to reach untapped rural populations.

I feel honored to be the author of this year’s edition of the Mobile Economy 2021 report. Download your copy for essential information on the state of the mobile industry https://t.co/n4JfDwANrx #MobileEconomy https://t.co/dde0YOsHg0

There will be half a billion new subscribers by 2025. Most of them, almost two-thirds, will be in the large underserved markets of Asia and sub-Saharan Africa. Not to mention a billion additional mobile Internet subscribers. Mobile internet users, now 51% of the world’s population at 4.0 billion, will reach 60% or 5 billion by 2025, predicts the GSMA.

Smarter mobiles and things too

We’ll get smarter quickly, and smartphones will also account for 81% of mobile connections in 2025, up from 68% in 2020. And things will get smarter and faster, too. There will be 24.0 billion Internet of Things (IoT) connections in 2025, up 85% from 13.0 billion in 2020. Yet COVID is extending replacement cycles by 2.25 years on average, up to ‘at three years or more. With many consumers stuck in the pocket, there is a pivot towards lower-cost handsets, with average retail prices of 5G handsets having fallen by more than a third since 2019.

And the total revenues of global operators, $ 1.04 trillion in 2020, will grow slightly more slowly, to reach $ 1.15 trillion in the middle of the decade. It will be costly five years for operators, who will shell out $ 1.1 trillion worldwide in capital expenditures. Of these, 80% will be on 5G networks. The biggest winners from these new networks, according to the GSMA, will be the manufacturing, utilities, and professional and financial services sectors.

How much mobile internet access do women have in 2021?

Which African country has the most advantageous mobile internet? – Quartz Africa