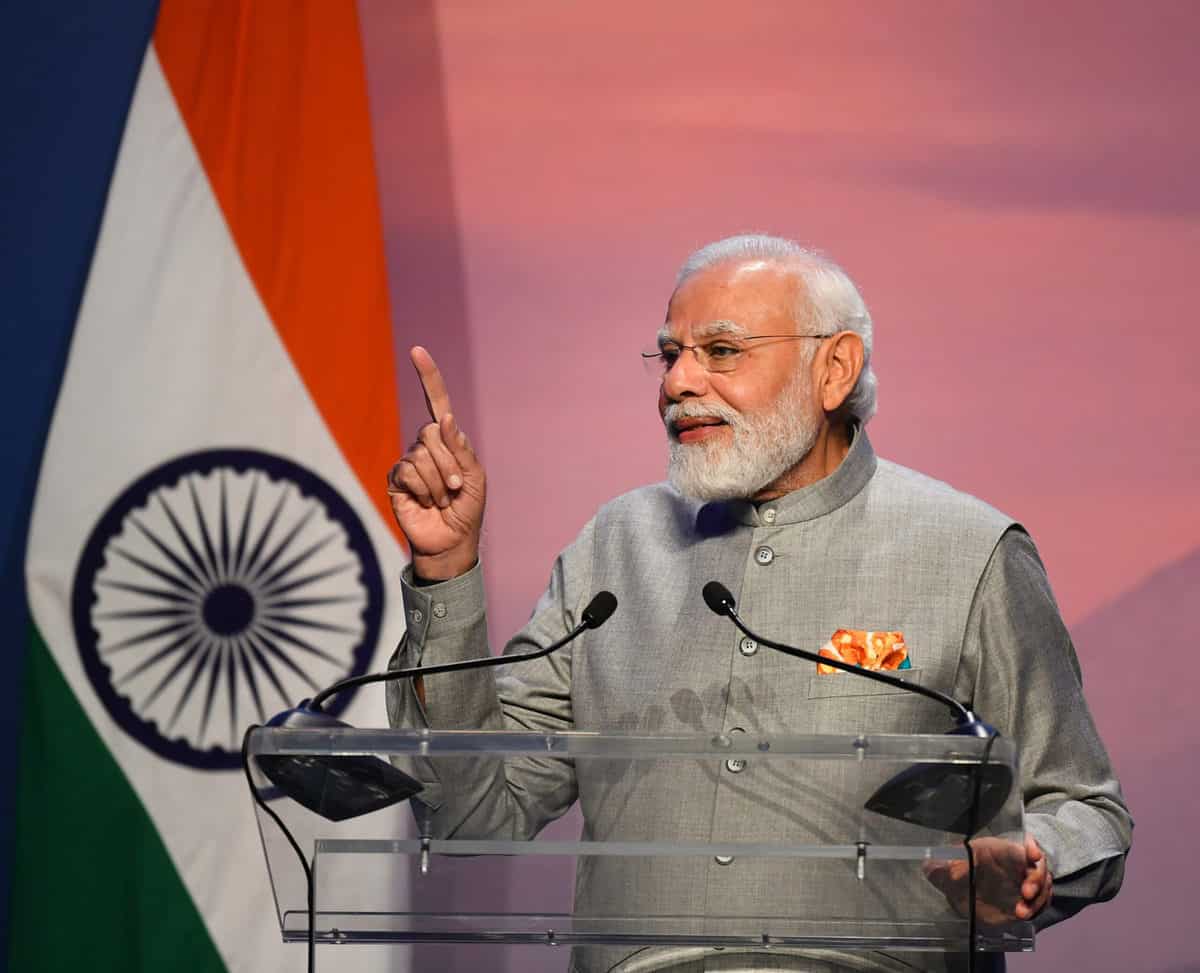 New Delhi: Giving a boost to domestic manufacturing, Prime Minister Narendra Modi said on Tuesday that mobile manufacturing units had grown from just two in 2014 to more than 200 in the country.

Speaking to a program of the Telecommunications Regulatory Authority of India (TRAI) via video conference, Modi said that over the past eight years, new energy has been breathed into the telecom sector.

“To make mobile accessible to the poorest of poor families, the focus has been on manufacturing mobile phones in the country itself. The result was that mobile manufacturing units grew from 2 to over 200,” he pointed out.

The Prime Minister cited the telecommunications sector as an excellent example of how autonomy and healthy competition create a multiplier effect in society and the economy.

“Emerging from the desperation, frustration, corruption and political paralysis of the 2G era, the country has moved rapidly from 3G to 4G and now to 5G and 6G,” he said. declared.

India will have 1 billion smartphone users by 2026, with rural areas driving the sale of internet-enabled phones, according to a latest Deloitte study.

India had 1.2 billion mobile subscribers in 2021, including about 750 million smartphone users.

Due to domestic manufacturing, the country is expected to become the second largest smartphone manufacturer in the next five years.

“Increased Internet adoption is expected to fuel smartphone demand; this increased demand will be propelled by the need to embrace fintech, e-health and e-learning,” the report states.

A mobile phone costs £1.56 per use, while a smart speaker costs sevenp and fuel for an average car costs 32p per mile