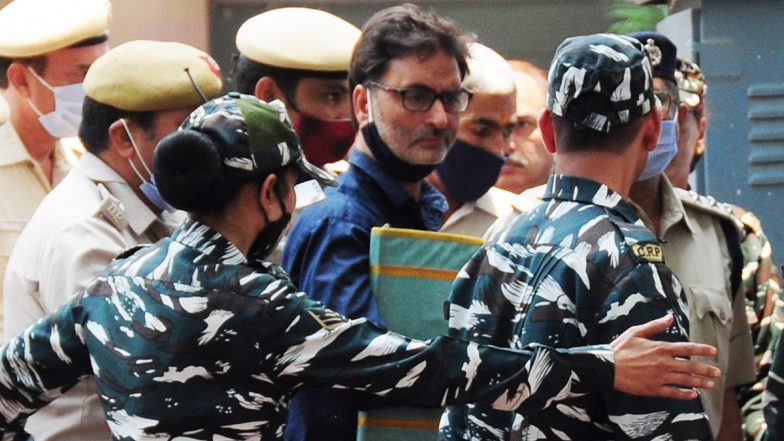 Srinagar, May 25: Mobile internet services were suspended in the Kashmir Valley on Wednesday, although there was no official word on the matter.

A massive deployment of security forces has been carried out around all the places considered sensitive due to the public order situation, including Maisuma locality in Srinagar where Malik’s house is located.

The deployment was also reinforced in other parts of the valley in order to maintain public order.

With the exception of a stone-throwing incident in the Maisuma area, the situation remained generally calm in Srinagar city and elsewhere.

(The story above first appeared on LatestLY on May 25, 2022 at 9:15 PM IST. For more news and updates on Politics, World, Sports, Entertainment and Lifestyle , log in to our website latestly.com).