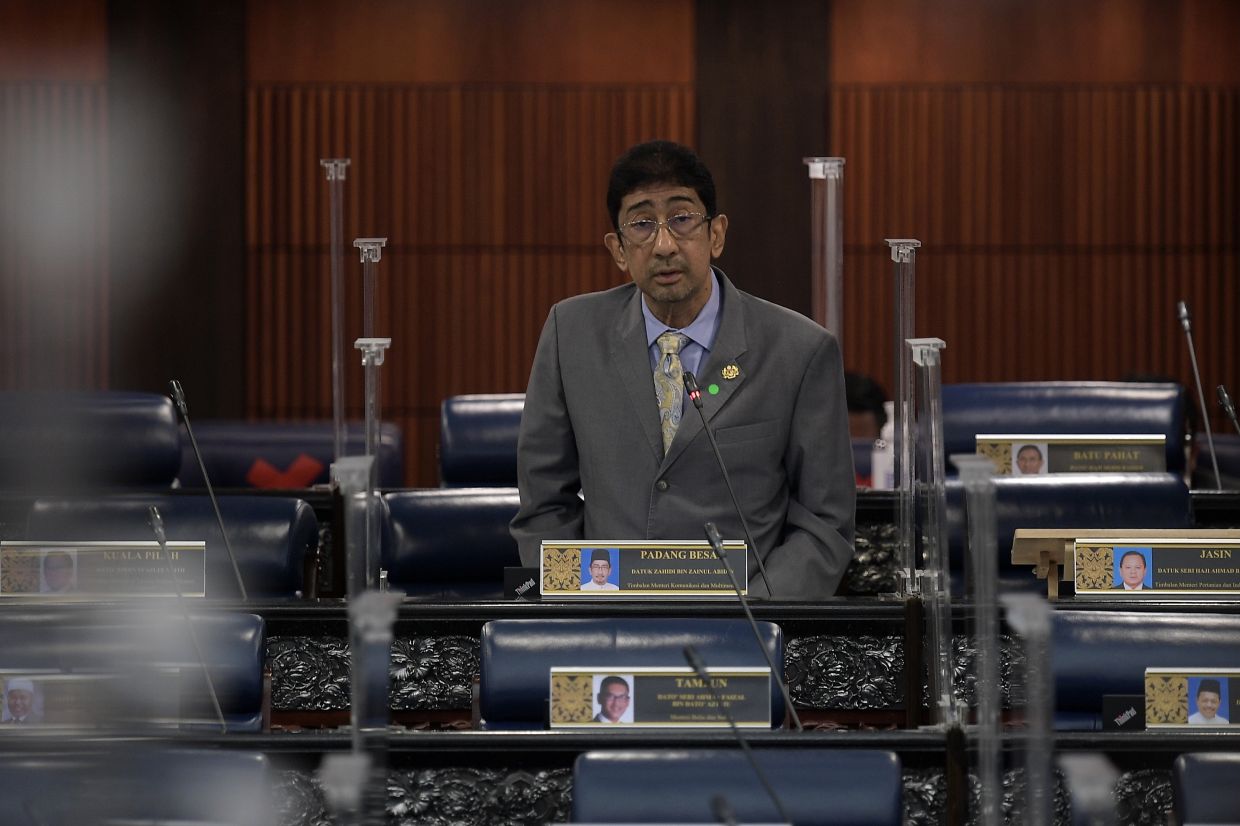 KUALA LUMPUR: The Malaysian Communications and Multimedia Commission (MCMC) has opened 20 investigation documents into mobile service providers based on the results of a nationwide service quality survey last year.

Deputy Minister of Communications and Multimedia, Datuk Zahidi Zainul Abidin, said that so far two compounds have been issued to service providers who did not meet the set standard, with the compounds offered amounting to 60,000 RM and a compound in process amounting to 20,000 RM.

“The compounds involved Celcom’s service for failing to meet the standard in Sabah and Unifi Mobile in Melaka and Pahang,” he said while answering a question from Steven Choong Shiau Yoon (PBM-Tebrau) to Dewan Rakyat today (March 15).

Choong wanted to know what steps the ministry is taking to ensure that 4G internet access is satisfactory after 3G service is terminated in all inland and rural areas.

Zahidi said that starting this year, MCMC will also intensify its audit in 3,000 sites across the country involving areas that received complaints last year.

As of January 25 this year, he said 1,466 existing 3G transmission stations had been upgraded to 4G by major service providers such as Celcom, Digi, Maxis and U Mobile.

He said efforts to upgrade existing 3G transmission stations to 4G would continue to be implemented this year using existing spectrum to improve capacity as well as quality of mobile broadband for consumers.

“Apart from that, the existing backhaul would also be upgraded to fiber in some areas to accommodate higher radio capacity in 4G service,” he said.

Upgrading 4G backhaul and transmission stations, he said, would ensure higher quality mobile broadband access with a quality experience for consumers after the complete end of 3G service.

Under the National Digital Network Plan (JENDELA), Zahidi said 2,175 new towers would be built to expand 4G coverage, especially in rural areas and the interior. – Bernama

Simple tips to protect your mobile phone from unauthorized access