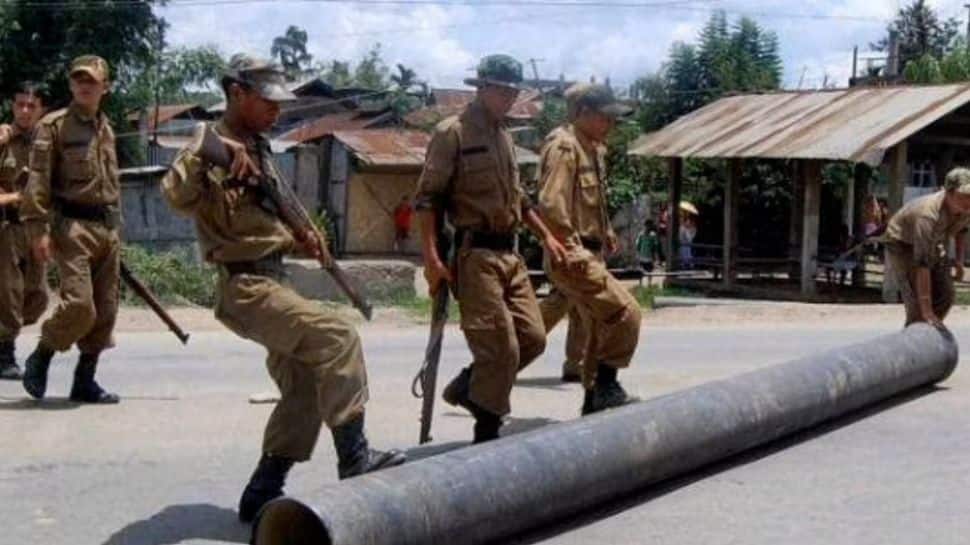 New Delhi: Government of Manipur on Saturday August 6, 2022 suspended mobile data services across the state for 5 days. According to an order issued by Special Secretary (Interior) H Gyan Prakash, mobile data services have been suspended for five days across Manipur after a van was allegedly set on fire by 3-4 youths, suspected of belonging to a community, in Bishnupur.

The state Department of Interior said the crime created a tense community situation and an unstable law and order situation in the state. The administration has imposed Section 144 CrPC in Churachandpur and Bishnupur districts for the next two months.

In an order issued yesterday, the department said an incident occurred at 3:35 p.m. Saturday at Pjhougakcho Ikhai Awang Leikai along Tiddim NH-02 road. A vehicle was set on fire by 3-4 men in Phougakchao Ikhang on Saturday evening. The crime created community tensions, the order said.

manipur | Section 144 of the CrPC was imposed in Churachandpur and Bishnupur districts for the next two months after 3-4 people torched a vehicle in Phougakchao Ikhang last night. pic.twitter.com/WjY5mTOio4
— ANI (@ANI) August 7, 2022

Tensions are rising in the state after the Tribal Students Union of Manipur (ATSUM) imposed an indefinite economic blockade along national roads in the landlocked state on Friday morning.

The student body had demanded that the Manipur Autonomous District Council (Hill Areas) Bill 2021 be tabled in the Assembly.

The imposition of the indefinite economic blockade prompted a valley-based organization, Meitei Leepun, to shut down ATSUM’s Imphal office on Friday afternoon.

Meitei Leepun claimed that the blockade was aimed at the valley of the state.

(With contributions from the agency)