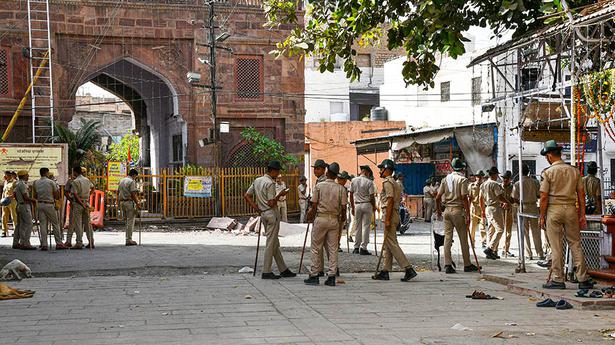 Mobile internet services were suspended for 24 hours in Rajasthan’s Bhilwara district on Thursday after unidentified masked men beat two people and set a bicycle on fire, an official said.

The incident happened in the road area from Karbala to Sanganer on Wednesday night, police said.

Two people were eating when unidentified masked men attacked them and also set a bicycle on fire, they said.

Based on a report submitted by Bhilwara District Collector Ashish Modi, Ajmer Divisional Commissioner ordered the suspension of mobile internet services from 4am Thursday to 4am Friday to maintain the law and order.

“The situation is completely under control. The injured are stable. CCTV footage from nearby areas is being scanned to catch the accused. ‘harmony,’ the Bhilwara district collector said.

He said the police and administration were on high alert to deal with the situation.

The incident came days after Jodhpur witnessed communal clashes ahead of Eid celebrations and is under curfew until Friday midnight.

An additional force has been deployed to keep the peace, he said and called on the population to cooperate with the police and the administration.

Africa’s most affordable mobile internet is in Algeria — Quartz Africa