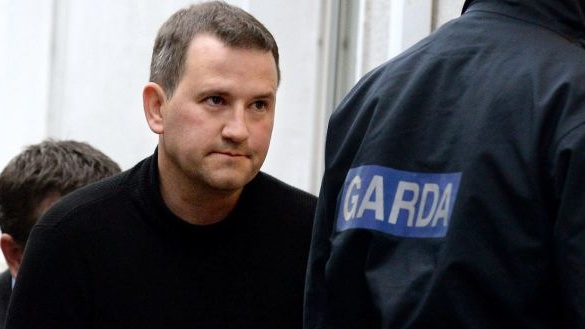 Convicted murderer Graham Dwyer has won a significant victory in Europe’s highest court in his challenge over the mobile phone metadata evidence used to convict him.

The Court of Justice of the European Union (CJEU) has upheld Dwyer’s challenge to the legality of Ireland’s metadata regime, as set out in certain provisions of a 2011 law. Phone metadata played a key role in securing Dwyer’s 2015 conviction for the 2012 murder of child care worker Elaine O’Hara.

In a ruling on Tuesday with potentially significant negative implications for tackling serious crime in Ireland and across Europe, the CJEU said EU law precludes national legislation allowing blanket and indiscriminate retention of phone metadata for the serious crime prevention.

Upholding the 2011 law would be tantamount to continuing to impose obligations on providers of electronic telecommunications services which are contrary to EU law and which “seriously undermine the fundamental rights of the persons whose data have been retained”, the court said. .

Its ruling clarifies what is permitted under EU law regarding retention and access to phone metadata.

EU law, she said, does not preclude, for the purposes of combating serious crime and preventing threats to public safety, national laws providing for targeted retention of traffic telephone and location data limited to categories of data subjects or to a geographical criterion, such as the average crime rate in a particular area or strategic locations such as airports.

Nor does it prevent the adoption of national laws allowing the general and indiscriminate storage of Internet addresses attributed to the source of an Internet connection, the generalized and indiscriminate storage of data relating to the civil identity of users of electronic communication and the “quick freeze” of traffic and location data held by service providers, he said.

National laws requiring registration of the identity of purchasers of prepaid SIM cards are permitted.

EU law, the court said, does not prevent member states from adopting measures for expedited data retention during the first stage of an investigation into a serious public security offense or a possible crime serious and that these measures be extended to traffic and location data relating to suspects of such crimes.

Any targeted data retention system must be subject to effective safeguards against the risk of abuse for data subjects and to independent oversight, the Court stressed.

He also clarified that Irish courts cannot place a time limit on a declaration that the 2011 Act is invalid.

The Supreme Court, before finally ruling on the state’s appeal against a 2018 High Court ruling in favor of Dwyer’s challenge to the 2011 law, had asked the CJEU to decide whether the retention scheme telephone metadata infringed EU law here. He answered in the affirmative.

The case must now return to the Supreme Court, which will render its final judgment later on an appeal by the State.

There is no certainty that the CJEU’s findings will lead to Dwyer’s success in his separate appeal to the Court of Appeal against his conviction.

The CJEU clarified in its judgment that the admissibility of evidence obtained under data retention law is a matter of national law, subject to the “principles of equivalence and effectiveness”. This means, among other things, that the rights conferred by EU law must not be made impossible.

A landmark Supreme Court decision, DPP v. JC, allowing the admission of otherwise inadmissible evidence if it was obtained based on an unintentional violation of a constitutional right, is likely to be used by the DPP to oppose Dwyer’s appeal, whose the date has not yet been set. to settle.

Justice Minister Helen McEntee said in a statement that her department and the attorney general’s office would review the Supreme Court’s judgment in the Dwyer case when it is finalized.

She said she expected the judgment to bring clarity in this area and inform legislation to support the work of An Garda Síochána in fighting crime and carrying out investigations.

Mobile services are now as essential as fuel: analysts