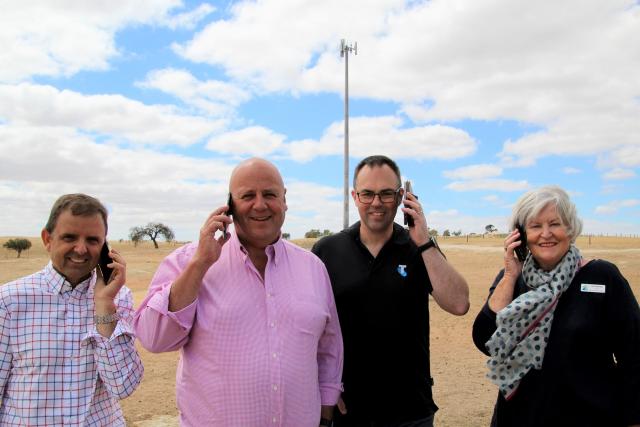 KEILIRA has a new 4G base station, connecting the area which was previously a black spot for mobile coverage.

The cost of the project was just under $900,000, with the majority funded by the state government and Telstra, with a $50,000 contribution from Kingston District Council.

“Without this partnership project, this new coverage may not have been possible,” Mr. Patterson said.

“We know this area was devastated by a fire in 2019 and we know how important mobile connectivity is in an emergency, so this site will definitely help fill a black spot that previously existed.”

The station will only provide 4G coverage to Telstra customers, but will also provide triple zero connectivity to anyone with range. Previously, no coverage was offered.

“In emergency situations, it could be lifesaving,” Mr Petterson said.

“Reliable cell phone service makes a significant difference for families, individuals and businesses who live and work in remote areas. This will improve the security of the inhabitants of the Keilira region and potentially open up new economic opportunities.

Mr Patterson warned that during operation there could still be connection issues to be resolved.

“While for the next three weeks we will be in the testing and go-live phase of this site,” he said.

“As with any new build, there can be issues, and Telstra is working on a few issues with the south-facing antenna, as coverage isn’t as good as it will be right now. However, our technicians are working on a solution. and residents south of the tower should notice a big improvement by early March.

“The Limestone Coast community has long been calling for a blackspot solution and we are delighted to be able to deliver it in partnership with Telstra and Kingston District Council,” Mr Basham said.

“For too long the people of Keilira have had their calls for better mobile coverage ignored,” Mr McBride said.

“Reliable mobile phone service makes a significant difference for people living and working in remote areas. This will improve the safety of people in the Keilira region and open up new business opportunities.

Three more stations will be set up in Glenburnie, Back Valley and Roseworthy to help cover other black sports in the area, with the Glenburnie station expected to be operational by the end of April.

Meet customers where they are with mobile technology