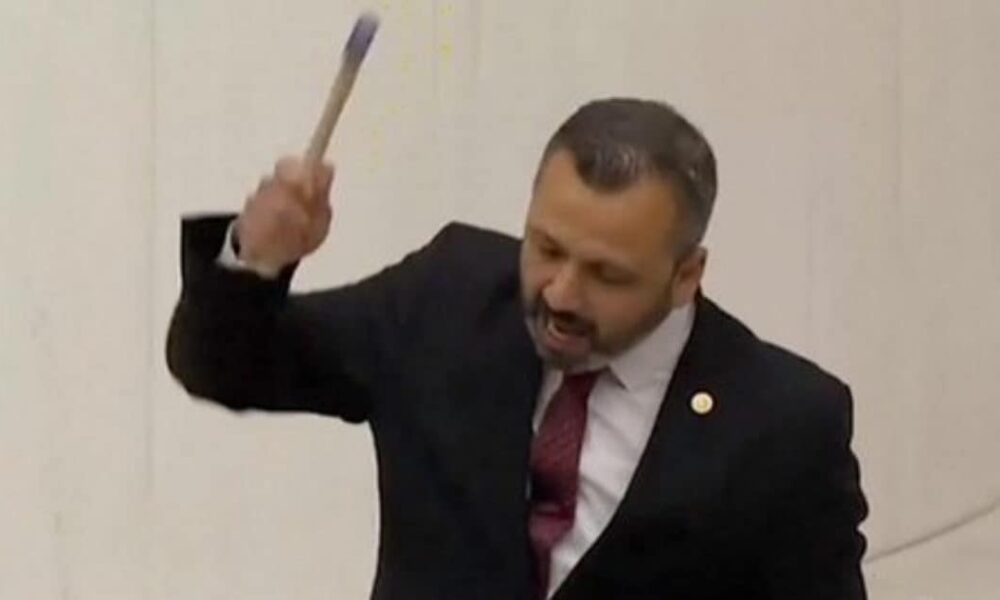 Viral video: During the discussion in the Parliament of any country, MPs sometimes get angry with their colleagues. One of these videos from Turkey is going viral these days. But here the deputy didn’t take out his anger on any partner, instead he smashed his cell phone with a hammer while talking.

According to media reports, Burak Erbe, a member of the opposition Republican People’s Party, opposed a government-backed bill. The purpose of this bill is to stop fake news online. Under this law, social networks and websites must disclose the contact details of users suspected of “spreading misleading information”, and can result in up to three years in prison for the accused. But Kurak disagreed with this and smashed his cell phone with a hammer.

what did the deputy say

CHP MP Burak Erbe said before pulling out his hammer: “I want to address my brothers who are 15, 16, 17 years old and who will decide the fate of Turkey in 2023.” You only have one freedom left: the phone in your pocket. Instagram, YouTube, Facebook. You communicate there. If this law is passed in parliament, you can break your phone like that.

Why is there opposition to the law?

Critics say the bill, if passed, would undermine press freedom and lead to widespread censorship. Most Turkish newspapers and TV channels came under the control of government officials and their business associates in a massive crackdown following a failed coup in 2016. But social media and Internet-based media have remained largely unsupervised.

Kids are stuck on TV or cellphones. How to fight against this addiction to screens?