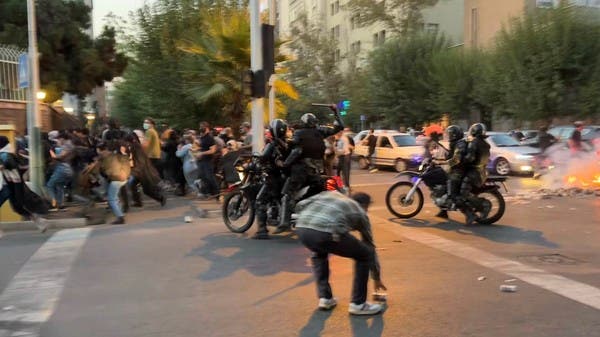 A new mobile internet disruption has been recorded in Iran, internet monitoring group Netblocks wrote on Twitter on Thursday, as unrest spread to the death of a woman after she was arrested by Iranian morality police.

For the latest headlines, follow our Google News channel online or through the app.

The death of 22-year-old Mahsa Amini, who was arrested by morality police in Tehran for “inappropriate dress”, last week has sparked seething anger over issues including freedom in the Islamic Republic and an economy under the shock of the sanctions.

Data from London-based NetBlocks shows a near total disruption of internet service in parts of Iran’s western Kurdistan province since Monday, while the capital, Tehran, and other parts across the country have also faced disruption since Friday, when protests first erupted, Reuters said on Wednesday.

On Wednesday, Iran also restricted access to Instagram from Meta Platforms Inc, one of the country’s newest social media platforms, NetBlocks also reported at the time.

Protests have been particularly intense in Kurdistan, where Iran’s Revolutionary Guards are used to suppressing unrest.

Iran’s communications minister said earlier on Wednesday that he was misquoted after news outlets quoted him as saying authorities may disrupt internet services for security reasons.

Social media websites such as TikTok, YouTube, Twitter and Facebook are routinely blocked in parts of the Islamic Republic, which enforces some of the toughest internet controls in the world.

At least 31 dead in repression of protests in Iran: NGO