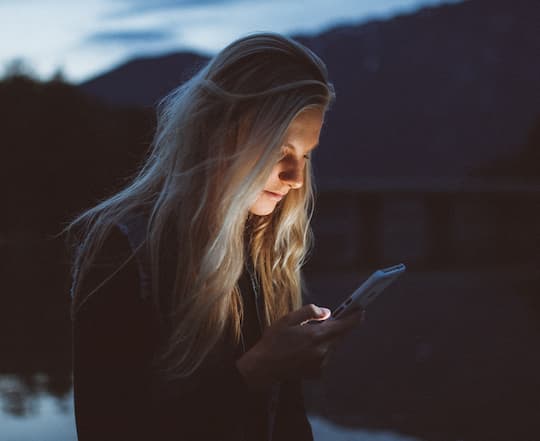 Nomophobia: the fear of being without your cell phone

is the fear or anxiety caused by being without your phone.

The word is short for “NO MObile PHone PhoBIA”.

About half of people suffer from nomophobia, according to a 2008 UK Post survey.

The study also found that people suffered from nomophobia when they had no network coverage or their phone was low on battery or low credit.

Psychologists have developed a test for nomophobia: the fear of being without your phone.

People in the nomophobia study responded to the statements below on a scale of 1 (strongly disagree) to 7 (strongly agree).

You can add up your total score, adding your answers to each item.

The higher the score, the more you “suffer” from nomophobia.

Here are the declarations of nomophobia:

If I didn’t have my smartphone with me:

While people suffer from nomophobia without their phones and blankets, there is little evidence that normal phone use causes anxiety.

Just using a phone to relieve boredom is unrelated to depression or anxiety.

However, being very engaged or even being ‘addicted’ to cellphones is linked to high levels of anxiety and depression, according to research (Panova & Lleras, 2016).

People seem to use their phones as a kind of safety blanket in anxiety-provoking situations.

While not necessarily a problem, the study also found that using cellphones as an emotional coping mechanism was linked to depression and anxiety.

For the study, over 300 people were interviewed and asked about their phone and internet use, mental health, and more.

“Do you think your academic or professional performance has been negatively affected by the use of your phone? And “Do you think life without the Internet is boring, empty, and sad?” “

“People who describe themselves as having really addictive style behaviors towards the Internet and cell phones scored much higher on the Depression and Anxiety scales.

However, [there was] no relationship between cell phone or internet use and negative mental health outcomes among participants who used these technologies to escape boredom.

Thus, motivation to go online is an important factor in linking the use of technology to depression and anxiety.

In a follow-up study, researchers tested the effect of a stressful situation on phone use.

Professor Lleras explained that the telephone sometimes acts as a “convenience item”:

“Having access to a phone seemed to allow this group to resist or be less sensitive to handling stress. “

“We shouldn’t be afraid of people going online or talking on their phones.

Interacting with the device will not get you down if you only use it when you are bored.

This should help allay some of the public’s anxiety about new technologies. “

The study was published in the journal Computers in human behavior (Yildrim et al., 2015).