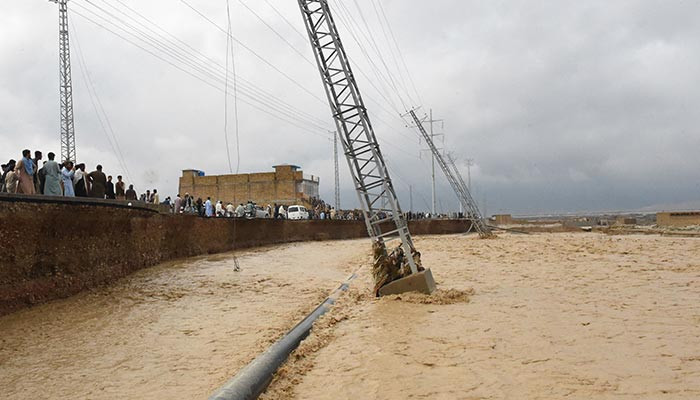 KARACHI: The Pakistan Telecommunications Authority (PTA) on Saturday reported an outage of communication lines in several areas of Khyber Pakhtunkhwa following persistent torrential rains and flash floods across the country.

In a statement released today morning, the telecommunications regulator said the flash floods had damaged the fiber optic cable and led to power outages, due to which there is an “impact” on services.

Devastating flash floods have crippled the lives of people in Pakistan, with the death toll linked to rain and floods rising to 982, according to official statistics.

Hundreds of thousands of homes have been destroyed and dozens displaced as the government appeals to international donors in its bid to help the population.