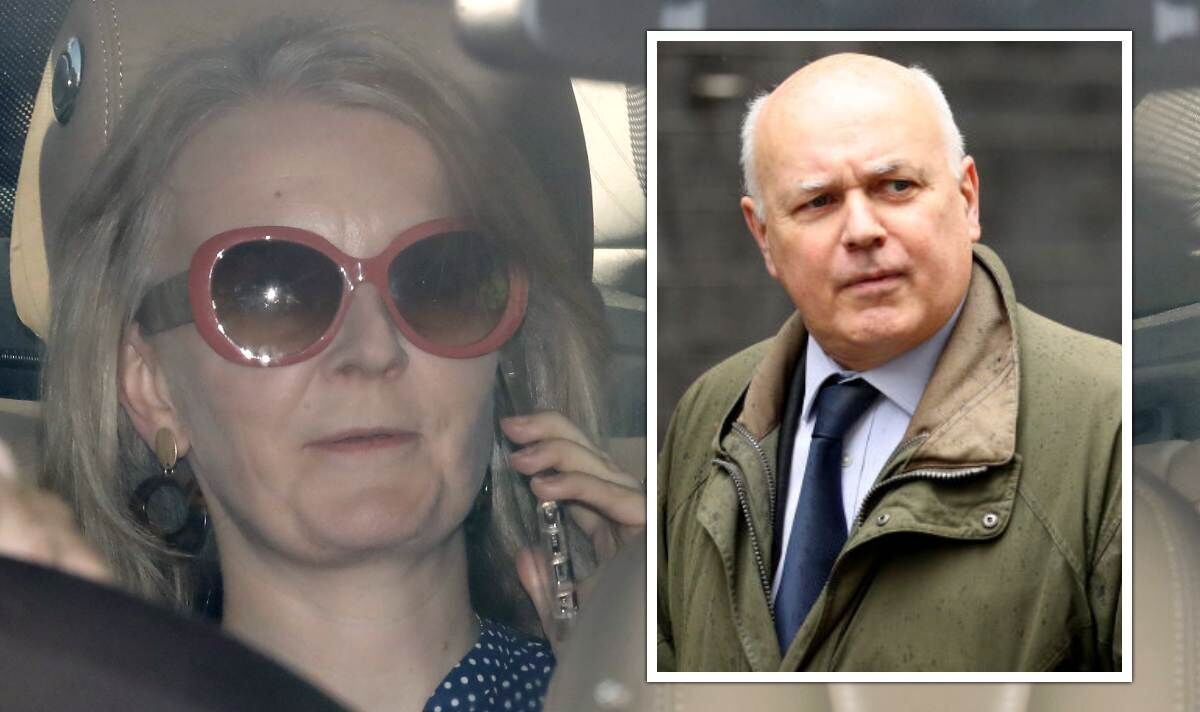 This follows reports that former Prime Minister Liz Truss’ mobile phone was hacked before she became prime minister by agents believed to be working for Russia.

Sir Iain, a former work and pensions secretary, said ministers should be told to hand over their phones before attending meetings.

He said: ‘There is no doubt that in government and even in parliament we have become incredibly negligent about any idea of ​​security.

Ministers thought their phones were secure if they turned them off before a meeting started, Sir Iain said.

But a compromised phone could be reactivated without the owner’s knowledge, with the microphone used to transmit the conversation to those listening.

He said: ‘I have seen government ministers carry phones to meetings in their back pockets.

“It should be stopped. All these phones should be taken away from them.

The warning was echoed by security expert Professor George Loukas, head of the Internet of Things and Security Center at the University of Greenwich.

He said: “Mobile devices are not completely powered off, even when turned off by the user. Instead, their wireless chips operate in low-power mode without the user knowing.

“It’s very hard to say how easy it is for a powered-off smartphone to be turned on or start recording audio or video as it depends on the manufacturer’s design decisions, but it’s naive for MPs to think that it can’t be done, or that their phone hasn’t already been compromised.

Professor Loukas said mobile phones could also provide information about their owner by revealing their location.

“In other words, I agree with the sentiment that phones should be removed before entering meetings.”

It emerged last week that cyber spies had gained access to Ms Truss’s dealings with foreign leaders while she was Foreign Secretary. The hack was discovered during the summer leadership campaign.

Security Minister Tom Tugendhat told MPs last week they would receive updated guidance from the National Cyber ​​Security Centre, the Home Office and parliamentary security officials on how to protect their personal data and to ensure that no one has access to their online accounts.