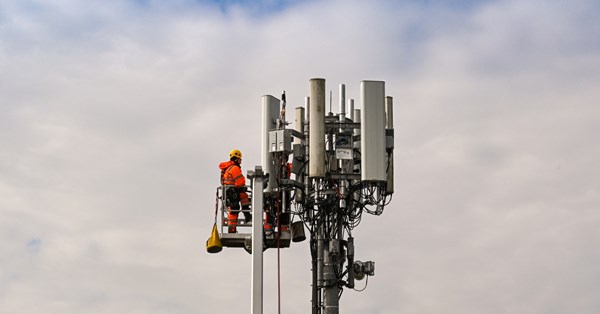 CHURCHES hosting mobile phone towers on their land are said to be among small landowners who suffer a drastic drop in rental income from the telecoms giants that make up the shared rural network: a £1billion deal between the government and EE, O2, Three, and Vodafone.

Site providers – mainly churches, sports clubs, local authorities, small businesses and farmers – are estimated to have lost £209million a year since the electronic communications code was introduced in 2017, which has changed the way rents were negotiated. The loss to churches is estimated at £7.1million.

Campaigners from Protect and Connect, launched in February 2021 to demand a fair deal for people and businesses whose property is used by telecoms companies, say the Telecoms Product Security and Infrastructure Bill , which was due to reach report stage in the House of Lords on Wednesday, will make it easier for operators to impose rent cuts by removing any right of appeal to the land courts.

Some rents have been reduced by 90% or more. Rent at St Mary the Blessed Virgin, in Gomersal, West Yorkshire, has been reduced from £14,000 a year to just £1,008. One parishioner, Susie Bell Proctor, said: “The reduction in rent will have a huge effect on our ability to run the church as it does now. It’s not a lot of money for a company like EE, but for our church, that’s it.

“We have struggled tremendously during the pandemic, as we have not been able to organize our usual fundraising efforts, which keep the church heated throughout the year. Now with everything going on with the energy crisis and the huge bills we are expecting, I am seriously worried about how in the future we can keep our church up and running for our community.

Anna Turley, former MP for Redcar, who chairs the Protect and Connect campaign, said: ‘These figures are shocking and show the scale of the financial hardship churches are having to endure due to changes to the Code which give full power to operators.

“We all want good broadband access, but experts have confirmed that the bill will not even speed up internet rollout and, compared to a well-functioning market, will cause the UK to lose an astonishing loss of £7.4 billion in GDP over the next few decades.

“This is the last chance for the government to review this broken legislation, stop bending over backwards and throwing more money at telecom companies, and instead force them to commit to improving connectivity and to treat the public fairly.”

The temperature picked up the story on Monday, referring to a potato farmer whose £5,500 rental income had fallen by 83%; and a local council, Wolverhampton, which now received £200 a year, down from £35,500 previously.

The document quotes pressure group Speed ​​up Britain as suggesting that rents were unsustainable before 2017. The new charging structure was “more in line with public services like electricity infrastructure and provides much needed clarity and certainty on rental values ​​to apply,” the group said.

The Church of England has reportedly signed memorandums of understanding with four mobile operators: two in 2019 and two more in recent weeks. It is up to the CCPs to decide whether to proceed in each case, subject to faculty jurisdiction. Most of the existing sites — an estimated 250 to 300 — are urban or suburban.

The C of E’s guidance on religious buildings indicates that connectivity is increasingly needed for everyone and that people in unserved areas are severely disadvantaged. Hosting mobile phone infrastructure is a service to the community that surrounds the church and, as the antennas are enclosed in a steeple, this solution is very often preferable to an ugly mast in open ground, according to the guidelines. He also points out that it provides PCCs with a regular income and gives each church connectivity.