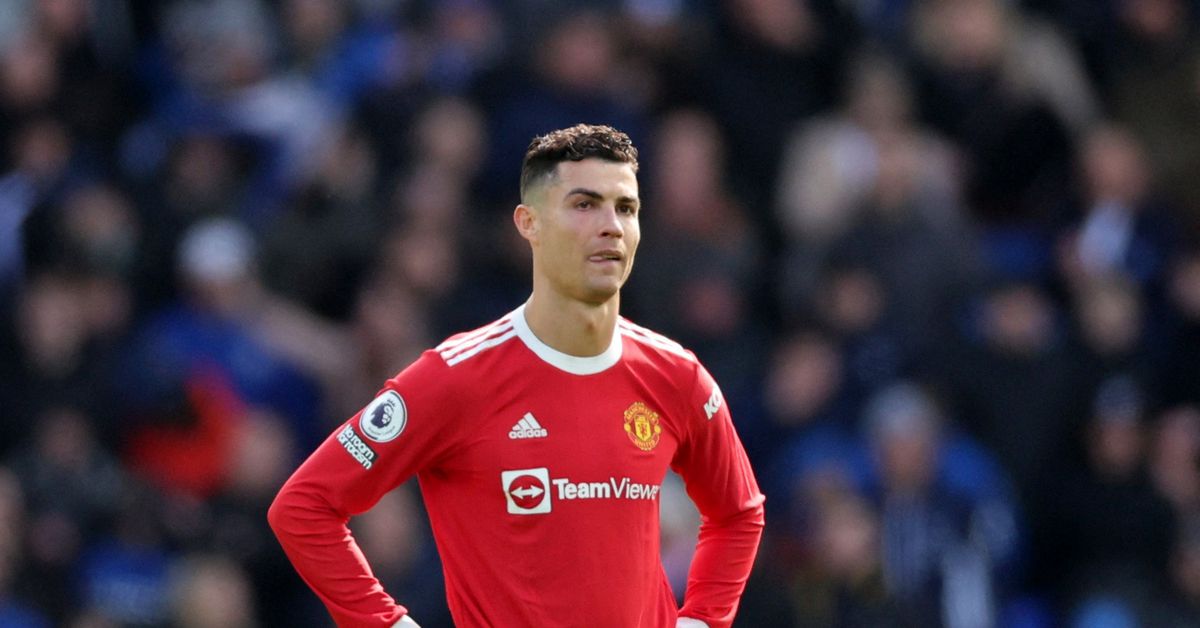 MANCHESTER, England, April 9 (Reuters) – Manchester United striker Cristiano Ronaldo has apologized after appearing to drop a mobile phone from the hands of a supporter following his side’s 1-0 loss at Everton on Saturday.

Footage emerged on social media of Ronaldo appearing to slide his hand to the ground as he left the pitch and headed into the tunnel at Goodison Park. Eyewitnesses said the 37-year-old knocked a fan’s phone out of his hands and crashed to the ground.

Ronaldo took to Instagram to apologize for the incident.

“It’s never easy to deal with emotions in difficult times like the one we’re facing,” Ronaldo said. “Nevertheless, we must always be respectful, patient and set an example for all young people who love the beautiful game.

“I would like to apologize for my outburst and, if possible, would like to invite this supporter to watch a match at Old Trafford as a sign of fair play and sportsmanship.”

The club told Reuters they were investigating the incident.

The defeat left United seventh in the Premier League table and they risk missing out on Champions League qualification next season as they are six points behind fourth-placed Tottenham Hotspur.