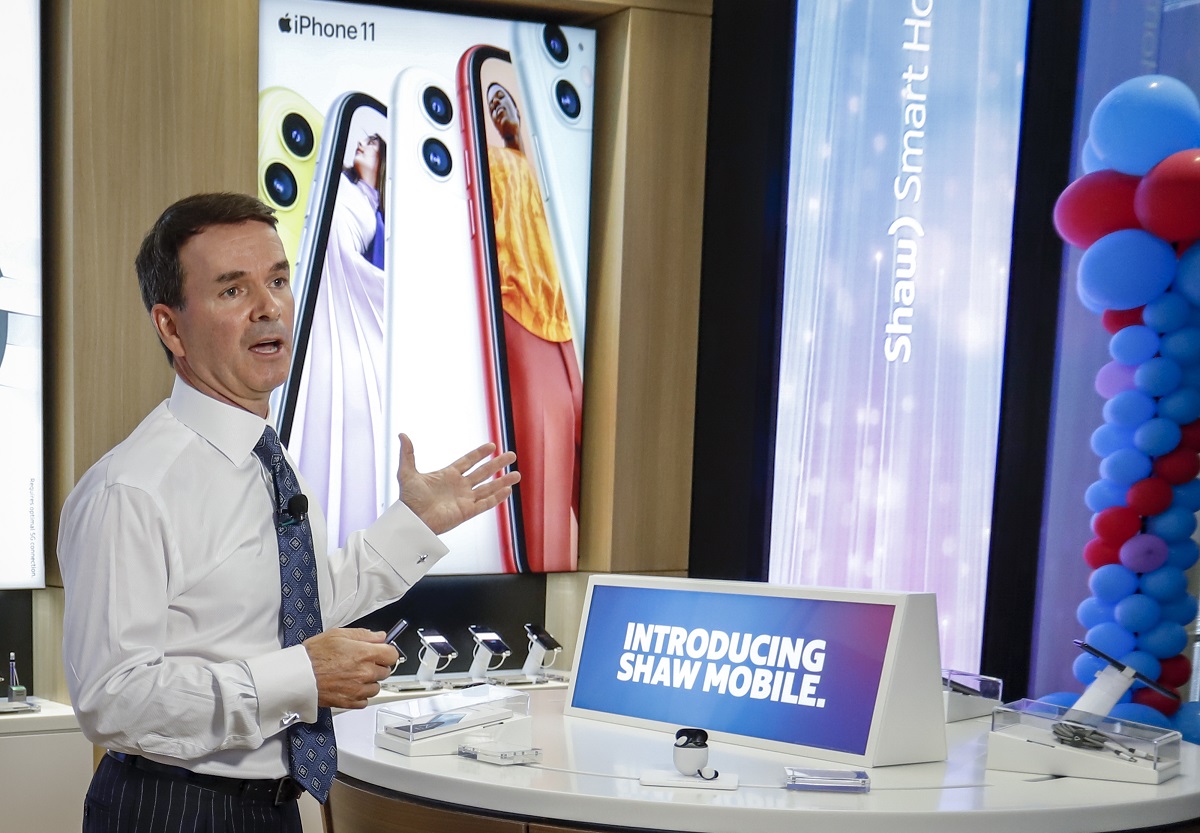 Shaw Communications has launched a new mobile service, Shaw Mobile, exclusive to Alberta and British Columbia, and it operates a little differently from the traditional cellular data that Canadians are used to.

Announced Wednesday, the new launch of Shaw Mobile will be used to complement Freedom Mobile, Shaw’s primary mobile service. Shaw Mobile is available to everyone, but Shaw Internet subscribers would benefit from discounts on plans.

Think of Shaw Mobile as a convergence of traditional cellular service and Wi-Fi. It offers unlimited texting and talking, but primarily provides data over Shaw Wi-Fi Go hotspots.

Paul McAleese, president of Shaw Communications, explained that the customer experience on WiFi hotspots will vary. Wi-Fi performance is affected by factors such as congestion, equipment quality, and signal quality.

I repeat: Shaw Mobile complements Freedom Mobile. It still relies on Shaw’s LTE, which also allows Freedom Mobile and its roaming partners to provide LTE service in areas outside the service range of the WiFi hotspot.

There are two LTE plans: By the Gig and Unlimited. By the Gig is a pay-as-you-go system where users are billed $ 10 per gigabyte of data, starting with a basic $ 15 subscription. Any unused data will be carried over for up to 90 days. With the Unlimited plan, users get 25 GB of data at full LTE speed for $ 85 per month, and unlimited data at a limited speed thereafter. The user can also add 2 GB of data roaming in the US and Mexico for an additional $ 10 per month.

Customers can also add up to six call and text lines per personal account at no additional cost. Each line requires a one-time activation fee of $ 20.

The By the Gig plan currently starts at a promotional rate of $ 0, while the Unlimited plan starts at $ 45. The promotional rate is only available to Shaw Internet subscribers. McAleese noted that the introductory price “will be with us for a number of months” but did not specify when it will end. Regular rates apply to people who register with Shaw Mobile independently.

Shaw Mobile does not charge data overage charges, which McAleese described as “toxic income”. When customers exceed their monthly data allowance, their speed is limited.

Since Shaw Communications only provides Internet on the West Coast of Canada, it does not intend to offer Shaw Mobile or a similar service in other Canadian regions.

Eventually, Shaw Mobile will come to the business, starting with small and medium businesses.

“Before we get into the corporate market… we’re going to make sure we have the tools and billing capabilities to respond to the small and medium business market first… This is something that is being developed now. ”McAleese said. “Big business will be the third thing we cover. It’s not a high priority for us at the moment.

From a business standpoint, Shaw Mobile’s primary goal is to maintain Shaw’s Internet subscriber base. McAleese mentioned that Shaw’s Internet offerings still face stiff competition from other providers, and Shaw Mobile is adding more value to securing its current tenants as well as attracting new ones.

Shaw Communications currently serves over 5 million Internet subscribers and over 1.7 million wireless subscribers, according to its Q3 2020 financial report.

Update: The original story has been updated with Shaw Mobile promotional prices for Shaw Internet subscribers.

How mobile technology is transforming self-storage