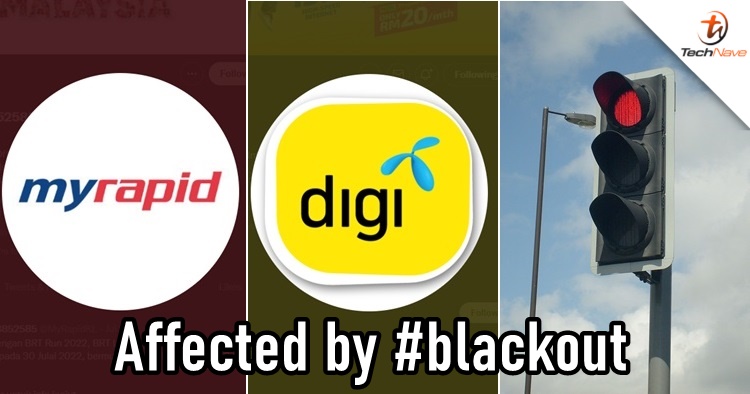 UPDATE – TNB Careline announced that electricity has been restored. The problem was a supply interruption caused by a piece of equipment at the Yong Peng North Main Entrance Substation (PMU) in Yong Peng, Johor. Power is expected to be gradually restored to each area soon.

By now you should be aware of the news of the blackout in several parts of Kuala Lumpur and Selangor. Specifically – Shah Alam, Nilai, Hulu Langat, Bukit Jalil, Selayang, Segambut, Cheras, Seri Kembangan and Bangi. That being said, the outage also affected other services such as KL LRT rapid train line, Digi services and some traffic lights.

About an hour ago, the administrator of Rapid KL posted on the company’s Facebook page that some train services were affected by the outage. At the moment, Ampang and Sri Petaling LRT line cannot work at all. Meanwhile, the Dewan Bandaraya Kuala Lumpur (DBKL) reported that some traffic lights around KL were malfunctioning due to the power outage.

On the other hand, Digi has also confirmed that the company is experiencing network outages following the power outage. Most Digi users in Selangor and Klang Valley would experience poor service lines, so it’s not just you alone. That said, Celcom users could also experience mobile internet outages in Cheras, as well as Maxis but not many solid reports.

Tenaga Nasional Berhad technical teams are currently trying to determine what the problem is as we speak. So in the meantime, I guess we can just sit back and wait for them to sort themselves out. We’ll update this page once power returns, so stay tuned for more tech news on TechNave.com.

2792 villages in Odisha will be connected to 4G mobile service