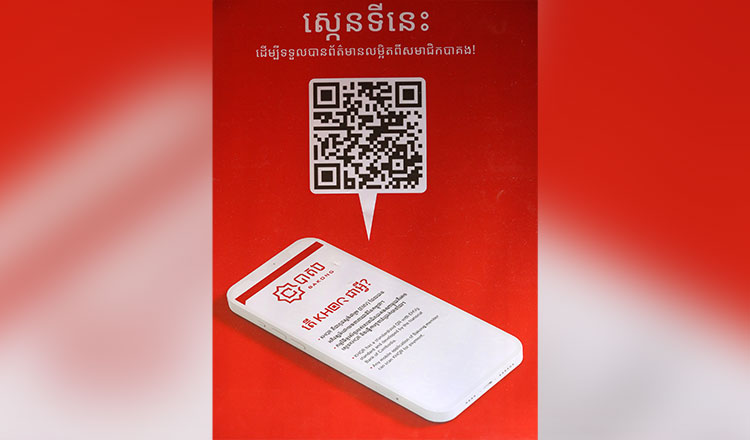 Telecommunications infrastructure has improved mobile phone penetration rates in Cambodia, according to a report released yesterday by the Economic and Social Commission for Asia and the Pacific (ESCAP).

He said there had been a substantial increase in the average e-Government Development Index (EGDI) value for lower-middle-income countries between 2018 and 2020.

During this period, three least developed countries (LDCs) in Asia-Pacific in South Asia, namely Bangladesh, Bhutan and Cambodia, moved from the medium EGDI group to the high EGDI group, according to the report.

The adoption of digital financial services in Asia and the Pacific was primarily driven by digital payment systems, followed by other offerings, such as savings, loans, and the emerging trend of investing. Digital financial service providers, such as FinTechs and telecommunications companies, have played a pioneering role in the development of digital payment services. Payment services that cover the “last mile” include Wing in Cambodia, Wave Money in Myanmar and bKash in Bangladesh, he said.

New payment solutions, such as mobile wallets, have grown rapidly with increasing access to smartphones and innovations, such as the use of QR codes for online payments, POS payments, and peer-to-peer transfers. This has been led by big tech companies, such as Ali Baba and Tencent in China, or Grab and Gojek in Southeast Asia, which have implemented the popular Alipay, Tenpay, GrabPay and GoPay mobile e-wallets, notes The report.

However, he pointed out that the expansion of these payment solutions more widely among the population is hampered by insufficient internet access, unaffordable smartphones and low digital literacy.

The report observed that a key element of transformation, especially for businesses and individuals, is digital finance. Digital financial service providers, such as FinTechs and telecommunications companies in the Philippines, pioneered the use of e-wallets allowing users to send and receive money through the exchange of SMS. Similar payment services have sprung up in Cambodia, Myanmar and Bangladesh, he added.

Meanwhile, ESCAP said in a statement that the rapid and widespread adoption of digital technology, spurred in large part by the Covid-19 pandemic, and its economic and societal ramifications are at the center of a forum’s deliberations. United Nations this week.

The Information and Communications Technology, Science, Technology and Innovation Committee, which opened yesterday, is set to examine how this digital transformation has brought a number of benefits and opportunities for people, governments and businesses, but has also deepened the digital divide. between and within the countries of the region, opening up new development gaps and reinforcing a vicious circle of socio-economic inequalities.

“The United Nations has called the digital divide the new face of inequality. This is why digital inclusion must be at the heart of digital transformation and accompanying digital policies and regulations if the promise of ‘leaving no one behind’ is to be delivered,” said Armida Salsiah Alisjahbana, Deputy Secretary General of the United Nations and Executive Secretary of ESCAP.

According to the report, the region is now the most digitally divided in the world, with over two billion people without access to digital technologies.

The three-day committee is expected to endorse the Asia-Pacific Information Superhighway Action Plan for 2022-2026, which consists of a coherent set of actions aimed at bridging the digital divide and accelerating digital transformation for an inclusive digital society.

In addition, the Committee is preparing for the Fourth Ministerial Conference on Space Applications for Sustainable Development, to be held on October 26 in Jakarta. It is also expected to express its support for the Asia-Pacific Digital Ministerial Conference 2022, organized by the Government of the Republic of Korea in cooperation with ESCAP, under the theme “Shaping our common future”, from 9 to 10 November 2022 in Seoul as an important vehicle for promoting multi-stakeholder partnerships on digital transformation in Asia and the Pacific, the statement added.

You should memorize these ways to reset your mobile service

Which mobile phone brands develop the most defects?