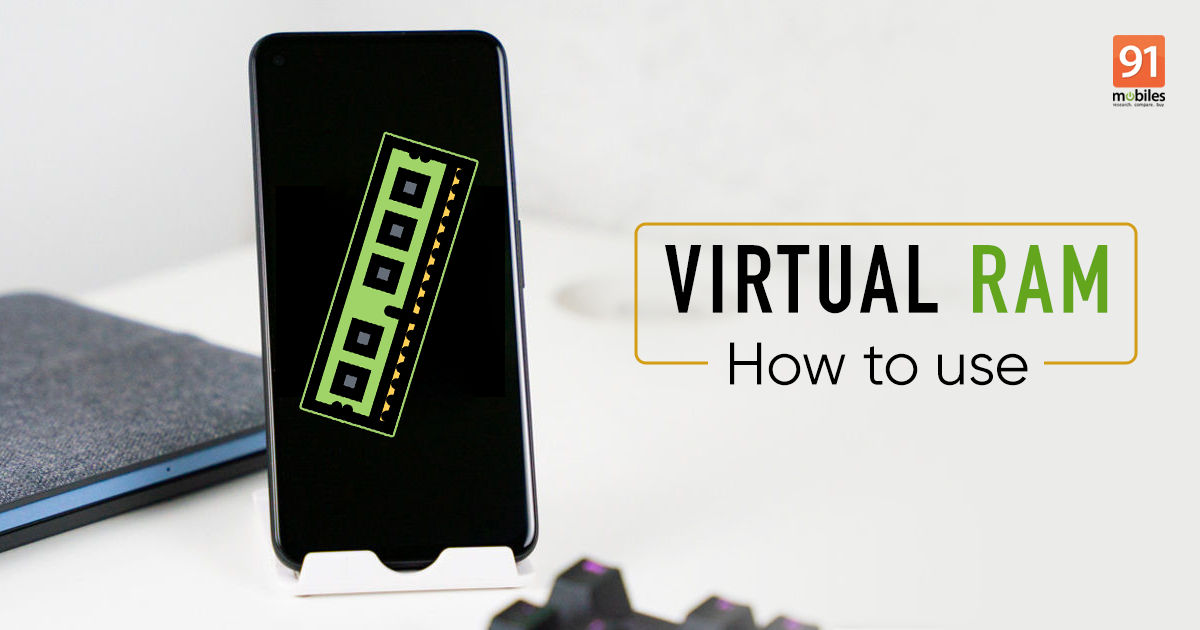 Virtual RAM: How to Use Virtual RAM on Android Mobile Phone from Xiaomi, Realme, OnePlus, etc.

Virtual RAM is one of the latest features offered by Android phone manufacturers. Since RAM is an integral part of any device, its capacity may fall short when dealing with heavy or high processing tasks. This is where virtual RAM comes in, which increases RAM and adds more resources for such tasks and ultimately improves the performance of a phone. Brands such as Xiaomi, Realme, OnePlus, Samsung, etc. have all integrated virtual RAM functionality into their custom UI skins. That said, in this article, we will tell you how to create virtual RAM for your Android phone in a few simple steps.

What is Virtual RAM in Android Mobile Phone?

Virtual RAM is a technique in which a small portion of internal memory (ROM) is set aside and added to the device’s RAM, effectively increasing the number of tasks and processes that can be run in the background. With virtual RAM enabled, the device can run faster and more efficiently as it would no longer need to aggressively kill apps in memory due to added RAM, once it starts filling up. Moreover, apps will remain in the same state you left them in, providing a better user experience.

How to Use Virtual RAM on Android Mobile Phone

Many OEMs have rolled out virtual RAM functionality with their own twist via software updates. Below are step-by-step procedures to create virtual RAM on Android smartphones of different brands.

Xiaomi recently announced the virtual memory expansion feature for its phones running MIUI 12.5 and above. Here is how you can expand the RAM of your Xiaomi phone: 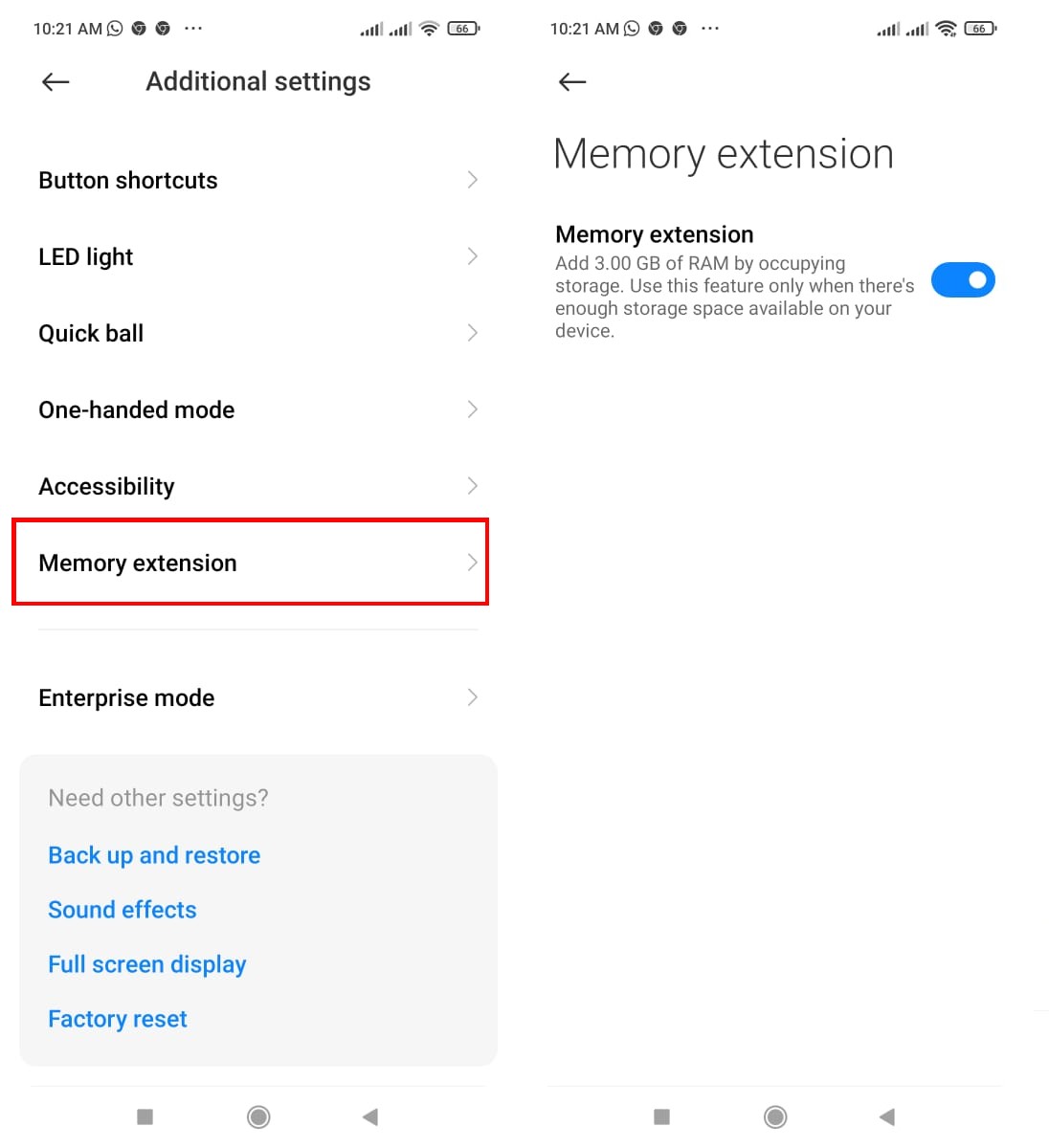 Realme’s approach to virtual RAM is known as Dynamic RAM Expansion (DRE), which was first introduced on many phones running Realme UI 2.0 above Android 11. Here’s how you can earn extra RAM on Realme phones:

The steps to enable virtual RAM, which OnePlus calls “RAM expansion”, are similar to Realme and Oppo phones. Here’s how. 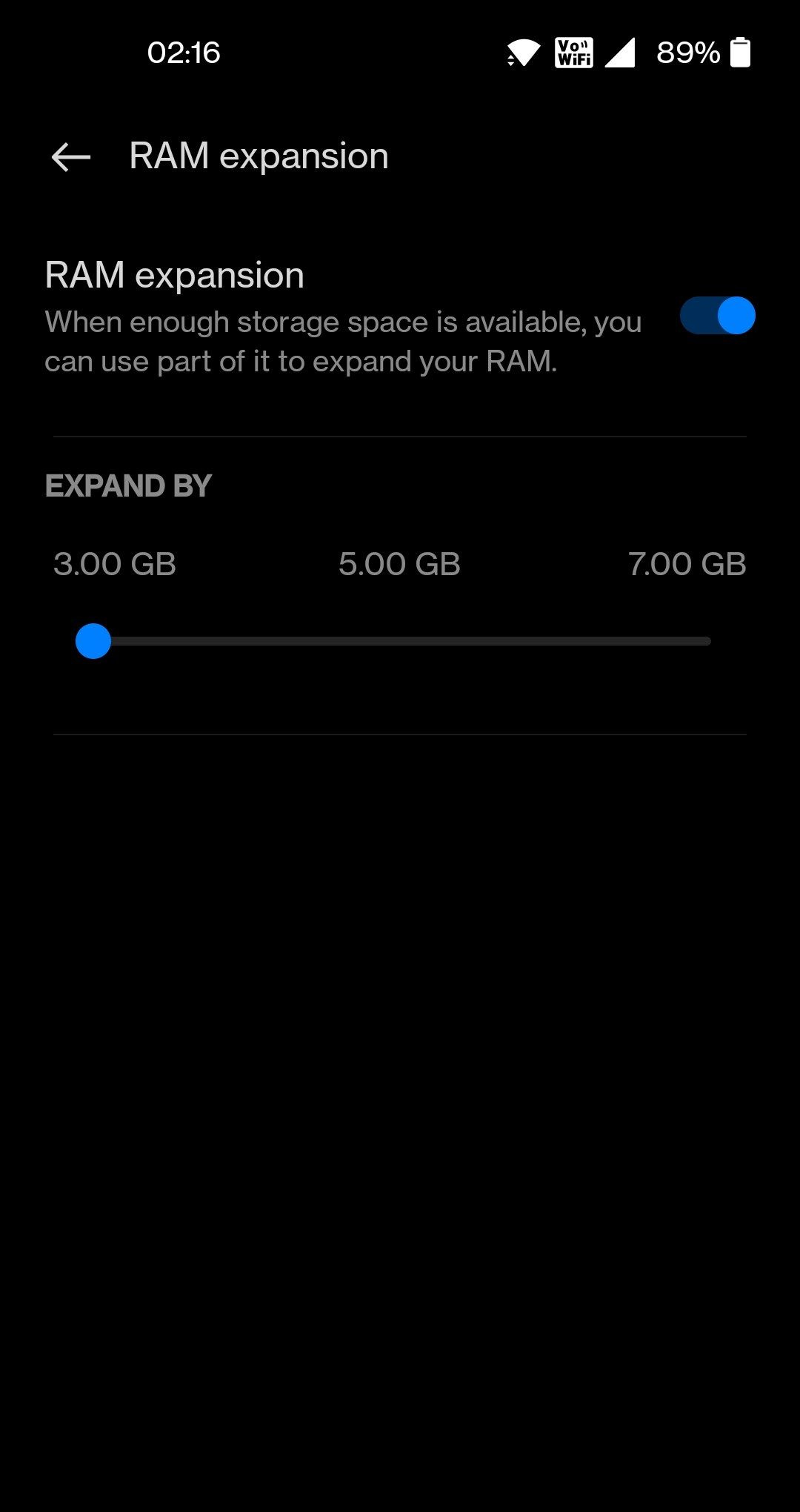 Samsung has integrated its own version of virtual RAM into OneUI 4, known as RAM Plus. First rolling out to the Galaxy A52s last year, RAM Plus has been present on nearly every Samsung phone launched recently. Here’s how to enable it on your Galaxy smartphone.

Some phones from Oppo running ColorOS 11 and later can convert some of their phones internal storage to RAM for extra performance and efficiency. Here’s how you can go about it.

Vivo and iQoo phones running FuntouchOS come with an option that allows users to increase their RAM for improved performance. The steps to enable the option are as follows.

Is a phone’s virtual RAM as good as real RAM?

Virtual RAM on an Android phone may not perform as well as the actual hardware RAM present on a device. This is because real RAM has much higher memory transfer speeds compared to virtual RAM, which simply uses slower internal storage to expand RAM. Simply put, with virtual RAM enabled on an Android smartphone, performance won’t be significantly better, let alone for day-to-day tasks. However, different manufacturers may optimize virtual RAM differently and one may begin to notice varying results when comparing two phones side by side.

What is the use case for virtual RAM?

Some of the most common use cases for virtual RAM are as follows.

After Boy Kills His Mom Over PUBG, Experts Worry About Cell Phone Addiction In Children